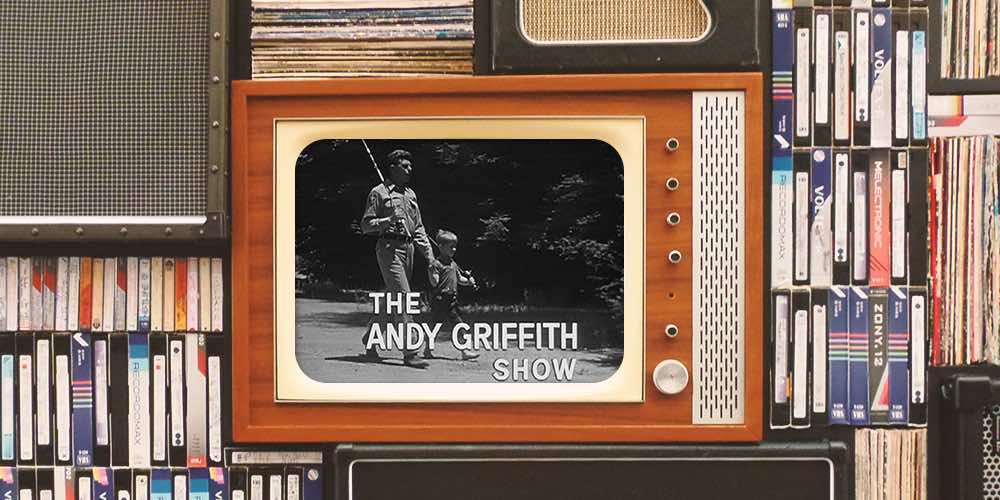 10 Things We Learned about Fathering from Andy Griffith

The Andy Griffith TV show is one of the most iconic and enduring television programs in history. Six decades later, the family comedy set in mythical Mayberry, NC still finds its way into our homes. The primary reason for that is the character of Sheriff Andy Taylor, played by the late Andy Griffith. Andy was the father we all wanted and the father that we would love to be. He was funny, wise, disciplined, compassionate, and humble. The parenting and community values displayed in the show for many people are what American life was either once like or should be. With his calm demeanor and friendly smile, Andy Griffith gave several generations of young men an example of what a great father should look like. Of course, it was just a television show, and this is real life and fathers come in all shapes, sizes, and personalities. We all have greatness within us if we reach for it.

We say thank you, Andy Griffith, for showing us your way and providing a whole lot of laughs along the way. Hulu has episodes of The Andy Griffith Show available for you to watch with your children. In the meantime, here are 10 things we learned from Sheriff Andy Taylor about fathering.

The theme of human compassion runs throughout all episodes of the series. One of the best examples can be found in the 5th episode titled “Opie’s Charity.” While desperately trying to teach his son compassion through charity, Andy mistakenly believes Opie is squandering his money for a needless purpose. In the end, multiple lessons are learned by both father and son, and compassion was on the mind of both the entire time.

While we are rightfully very busy teaching our children all of the most serious qualities they should be brought up with, sometimes we forget the importance of humor. Humor can work miracles in even the darkest moments. A great episode to watch Andy use humor in his parenting is episode 86, “Andy Discovers America.” His rendition of the “shot heard around the world” is hilarious.

Every sitcom of this era always taught a moral lesson in each show. The Andy Griffith Show was certainly a leader in teaching parenting/citizen morality and ethical behavior. Each episode contains some element of this, but one, in particular, stands out – episode 14 titled “The Horse Trader.” The Golden Rule applies to everyone and not just children.

The character Andy Griffith plays in the show is a perfect example of a confident, strong man, but humble in every aspect of his life. Humility can be witnessed in his career, family life, and social life. In episode 35 titled, “Andy and the Woman Speeder,” we see his humble nature put to an extreme test when an attractive woman is able to turn friends and family temporarily against him. Andy’s reaction is exactly how we should all react during those times in life when we are under persecution.

The father and son relationship between Andy and Opie was always loving and kind. However, Andy was very strict in regards to discipline and work ethic. School work, chores, and table manners are just a few examples of the ways we would see Andy teach discipline to his son. These things were never tested in a greater way than in episode 40, “Opie’s Hobo Friend.” Played by the late Buddy Ebsen (Jed Clampett), Opie’s new free-living friend contradicts everything Andy has instilled in his boy.

In order to thrive, children require a stable home environment.

In order to thrive, children require a stable home environment. As we all know, life is messy even on a good day. The Andy Griffith show was no exception. Nobody knows what happened to Opie’s mother, but she was not in the picture. In America, we have traditional families, single parent families, divorced families, and many different variations of people trying to parent and provide stability. Andy did this by bringing his Aunt that had raised him to live with them. We see this in episode 1, “The New Housekeeper,” and not only is it the very first episode, but also one of the most humorous.

It is very difficult to teach another person how to make wise decisions. Wisdom comes from personal experience. When those opportunities present themselves, it is up to the parent to make the correct decisions that set the child up to gain the wisdom that will be the outcome of the situation. In episode 4, “Runaway Kid,” we see Andy faced with the decision to break a promise to his son or keep another boy from getting himself into dangerous trouble. Obviously, he makes the wise and correct decision.

In our society today, we see a nearly grave issue with our children regarding respect for almost anything. In the show, Andy always displayed a respect for women, elders, the community, friends, and strangers. Respect is a central theme of the entire show and is present in many episodes as the moral lesson. One, in particular, revolves around having respect for women. Episode 48, “The Manicurist,” will have you laughing for days to come.

The name of this organization is Family First. The top priority of every Dad is to put his family first before his own desires. That is what a leader does. Andy always had Opie and Aunt Bee first and foremost in his mind, and this is displayed very sweetly in episode 75, “The Bed Jacket.” The end result of the show is heartwarming and exactly where the priorities of the head of household should be.

The way a Dad shows his true love to his children is evidenced in his actions and decisions as much as it is with his affection. All three are of equal importance. In episode 34, “Opie and the Bully,” Andy and Opie provide one of the purest examples of this ever captured. Before sending his son off to face a bully, a gigantic moment in his childhood, Andy is gut-wrenched with worry. Yet, he is able to provide Opie the exact love he required to follow through with what he needed to do.

Huddle up with your kids and ask, “Who is your favorite fictional character and why?” 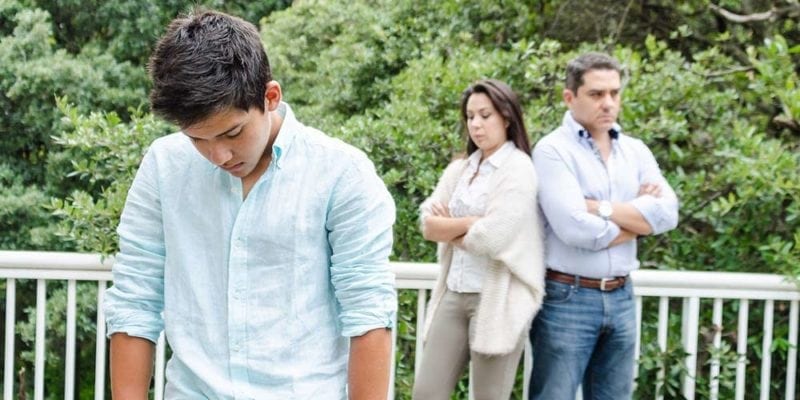 How to Discipline Not Damage Your Children 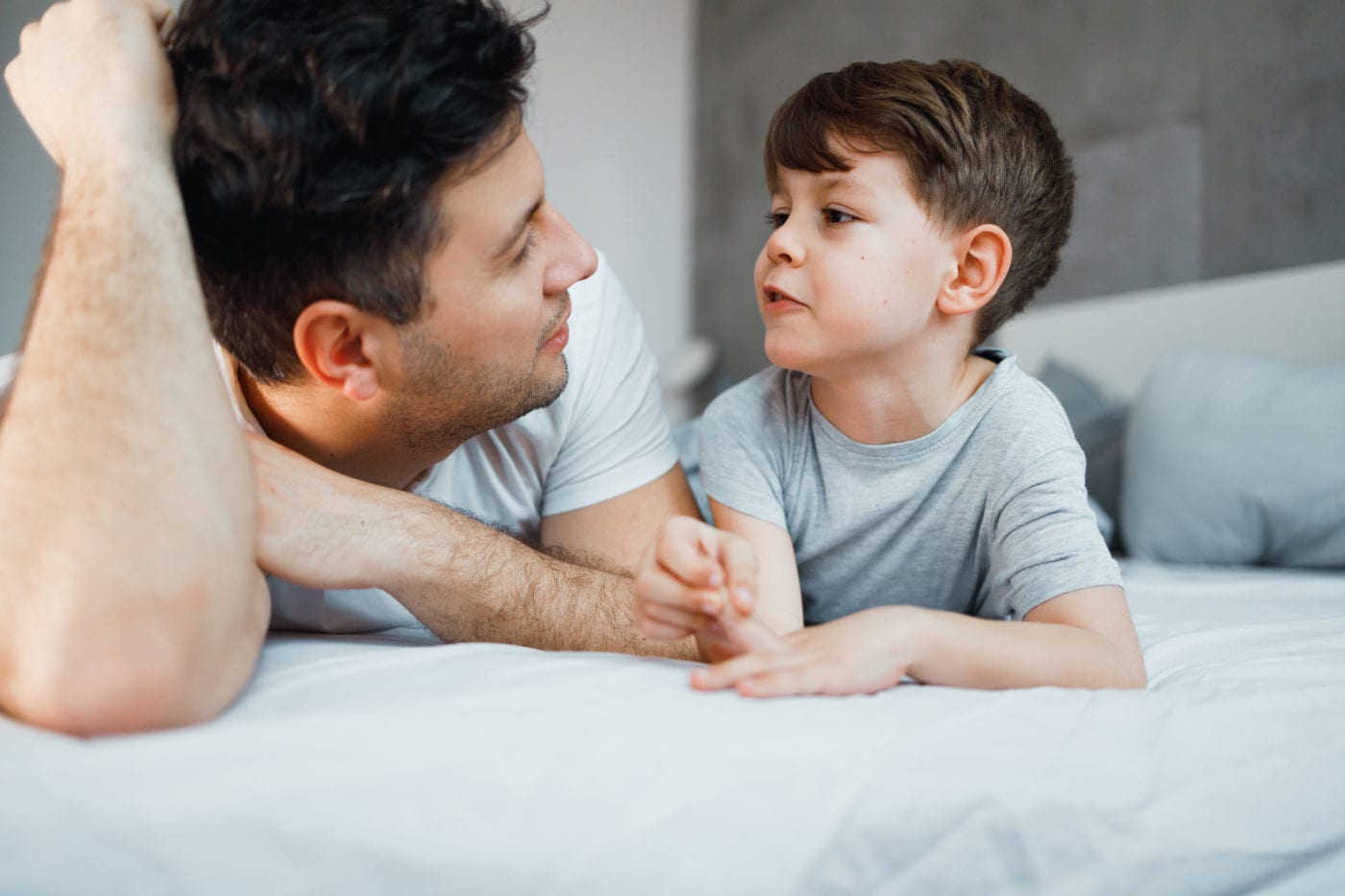 How to Have Deeper Conversations with Kids