All of these characteristics are vital to play and coach professional football. The All Pro Dad spokesmen exemplify these virtues not only on the field, but even more importantly in their roles as fathers. These men realize the true victory in life is not on a scoreboard, but is measured by the love and honor of their children. 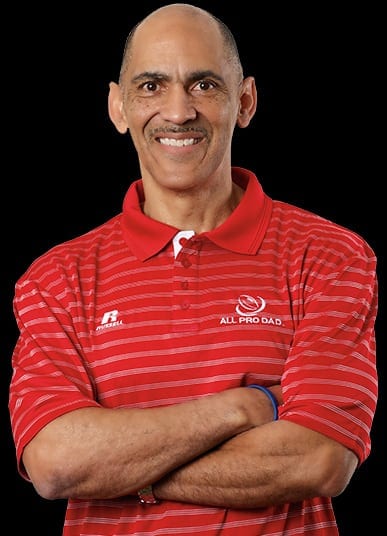 Tony Dungy says that being a father is his most important job, and with ten children, it’s a job that keeps him very busy. Since his retirement from the NFL in 2009, Coach Dungy has served as an analyst on NBC's Football Night in America and enjoys time with his wife, Lauren and family at their home in Tampa. Coach Dungy’s fatherhood role model is his own dad, Wilber Dungy. Tony grew up in Michigan, and says his father was always there to support him and encourage him. From him, Tony says, he learned that being a good father takes commitment and compassion.
MORE FROM TONY