In 1755, Alexander Hamilton was born out of wedlock in the British West Indies to James and Rachel Hamilton. Because Hamilton’s parents were not legally married (and his mother had been previously married), the Church of England denied Hamilton membership or education in the church school. He was self- taught.

James then abandoned Rachel. Rachel supported the family by keeping a small store. However, she contracted a severe fever and died on February 19, 1768, leaving Hamilton effectively orphaned. Then, in probate court, Rachel’s first husband seized her estate and obtained the few valuables Rachel had owned.

Hamilton had to support himself and became a clerk at a local import-export firm. He and his older brother, James, were adopted briefly by a cousin, Peter Lytton, but when Lytton committed suicide, Hamilton was separated from his brother and orphaned again. He was all alone.

99 percent of people would have used Hamilton’s life circumstances as an excuse to throw in the towel, but not Alexander. His fierce determination led him to end up crafting America’s Federalist Papers and to become our first Secretary of Treasury. He, and those like him, was made of steel and helped forge our fantastic country.

Here are 10 vignettes about America’s founding fathers to remind you that, in a nation as great as ours, anything is possible:

His immortal words still ring out today. “I know not what course others may take; but as for me, give me liberty or give me death!” Yet Patrick Henry’s path to that moment was paved with two failed business ventures, several career changes and the horrible, tragic death of his beloved wife, Sarah. Thought to be possessed by the devil, Sarah disintegrated into a quick onset of mental illness that left her unable to live among society. Upon her death, she was denied a religious burial, which caused Patrick tremendous grief. He buried her 30 feet from their home and planted a lilac tree next to her grave to remember her. A lilac tree remains in that same spot today.

He was the 2nd President of the United States and helped draft the Declaration of Independence. A highly educated man who’s ideas strongly shaped the governmental structure of our republic. He was a direct descendent of the founding generation of Puritans who established colonial presence in America. Religion played a dominant role in his life, and his views were complicated and contrasting. However, on his second night in the damp and still under construction White House, he wrote to his wife a prayer that is extremely relevant to this day. “Before I end my letter, I pray Heaven to bestow the best of Blessings on this house and all that shall hereafter inhabit it. May none but honest and wise men ever rule under this roof.” Amen.

Everyone knows Benjamin Franklin. He is one of America’s most enduring and beloved figures. His inventions and innovations are all over the blueprints of modern history. His life was monumental to the future of America. Did you know that if his father had his way, young Benjamin would have become a preacher? Due to the many years of studies that it would require, his father made him an apprentice to his brother, a printer, instead at age 12. Despite being commonly addressed as “Doctor,” Benjamin Franklin had but a 2nd grade education. The tag stemmed from an honorary degree and not an actual PhD. When one considers the achievements of Mr. Franklin, it should be noted that whoever his elementary teacher was, that person sure did one bang up job in those first two grades! And that a lot of education and a lot of intelligence are not synonymous.

Once again, we all know who Thomas Jefferson is. He is the author of the Declaration of Independence and the 3rd President of the United States. Like John Adams, his ideas and influence strongly shape our lives today. Outside of his many known accomplishments, there is a treasure trove of fascinating details that formed the man we all know. For instance, under a false name, he entered a contest to choose the architect to design the White House. He lost that job to James Hoban of South Carolina and never told his friends of his failure. Also, Mr. Jefferson had a beloved pet mockingbird that, while at home, was always by his side. The bird would even follow him up the stairs hopping one by one behind him. Most endearing, though, is the story of his childhood friend, Dabney Carr. As children, Thomas and Dabney used to rest under an oak tree very near where Monticello would eventually be built. They pledged to each other they would both be buried together under that tree. While away in Europe, Dabney passed away and was buried in a cemetery. Thomas had his remains moved and placed by the tree, and later he and his family would also be laid to rest in the same spot. That is loyalty and the mark of greatness.

A great intellectual writer and fierce revolutionary, his many works are highlighted by his publication Common Sense. John Adams said of the pamphlet, “Without the pen of the author of Common Sense, the sword of Washington would have been raised in vain.” Thomas Paine is a revered figure among American patriots then and now. Yet, without the influence of another Founding Father, Paine would have never made his way to America. His revolutionary thoughts and religious beliefs had worn out their welcome in London, and it was Benjamin Franklin who suggested he might find a better audience in America. Thomas Paine barely survived the trip to the colonies and arrived extremely ill. It took 6 weeks for him to recover once he landed in Philadelphia. Thankfully he survived, and his words went on to spur the motivation to stand up and fight the tyranny of the King.

Does the saying “Put your John Hancock here for me” ring a bell? His signature is the most famous on the Declaration of Independence. He was one of the wealthiest men in all of the 13 colonies, and also was highly influential in ratifying the Constitution. His legacy reaches far and wide. John Hancock’s fortune came from the inheritance of his uncle’s shipping business, and the US Navy has two ships named in his honor. Many counties in America are named after him, as well are several cities. His name adorns several major office buildings and, of course, the John Hancock Insurance Company founded in Boston. But did you know that he intentionally signed his name so large on the Declaration of Independence so that it would leave less room for his fellow signatory, Charles Cotesworth Pinckney? He also wanted to ensure his name would later become exactly what it did. Vanity in the hearts of men existed even amongst our Founders.

The first United States Secretary of the Treasury who was described as one whom “more than any other, designed the government of the United States.” His hand guided the formation of the nation’s first political party, The Federalists, and he was a direct rival to Thomas Jefferson and James Madison. This man was a giant. Are you aware he was born an illegitimate child in the British West Indies? He was sent to the colonies for an education, but he never graduated as his ambition led him to seek fortune and fame. His political career was rocked by scandal, l but his contributions were nonetheless vital. He would eventually die in a very famous gun duel with Aaron Burr.

More than a beer, he was the second cousin to President John Adams and a major leader in the movement that led to the revolt. Samuel Adams was known as the “Father of the American Revolution.” He was charismatic and a natural leader. His early life, however, included failed business ventures and a stint as a tax collector, which is ironic considering he would later spur the Boston Tea Party. He would often fail to collect the taxes from his fellow citizens, which increased his popularity. However, he was held liable for the shortages and sued. A revolutionary spirit indeed.

Our 4th President, James Madison, is considered the “Father of the Constitution” and the author of the Bill of Rights. He was a close advisor to George Washington and an ally of Thomas Jefferson. As Secretary of State under President Jefferson, he supervised the Louisiana Purchase that doubled the size of the nation. James Madison’s fingerprints are all over the republic known as the United States. His legacy is enormous and is summed up well by George F. Will. “If we truly believed that the pen is mightier than the sword, our nation’s capital would have been called Madison, D.C.” His wife is equally as well known, and there is an interesting twist to their meeting. James was a lonely bachelor until age 43. Senator Aaron Burr, who would later kill Alexander Hamilton in a gun duel as noted earlier, introduced Mr. Madison to a widow named Dolley Todd. The two never had children and the very upbeat Dolley would often overshadow her soft-spoken husband. To be such an enormous figure in American history, James Madison stood but 5 foot 4 inches tall and weighed less than 100 pounds. But he was 100% American and had a heart big enough to help our infant country find its way.

The Father of our Country and America’s 1st President. George Washington stands tall above all others in the history of our Founders. He never did actually chop down that cherry tree though. That story was concocted by a biographer years after his death. He did, however, almost meet an early death on many occasions that would have prevented his ascent. He had bullets graze him and nearly drowned in an icy river after falling off a raft. He also suffered with and survived malaria, smallpox, pleurisy and dysentery. George Washington was a man destined to lead the birth of what would become the world’s greatest nation. And his greatest act? Leaving office peacefully (and joyfully) after his term. America is what it is today because Washington was who he was.

What was the toughest day you’ve ever had? 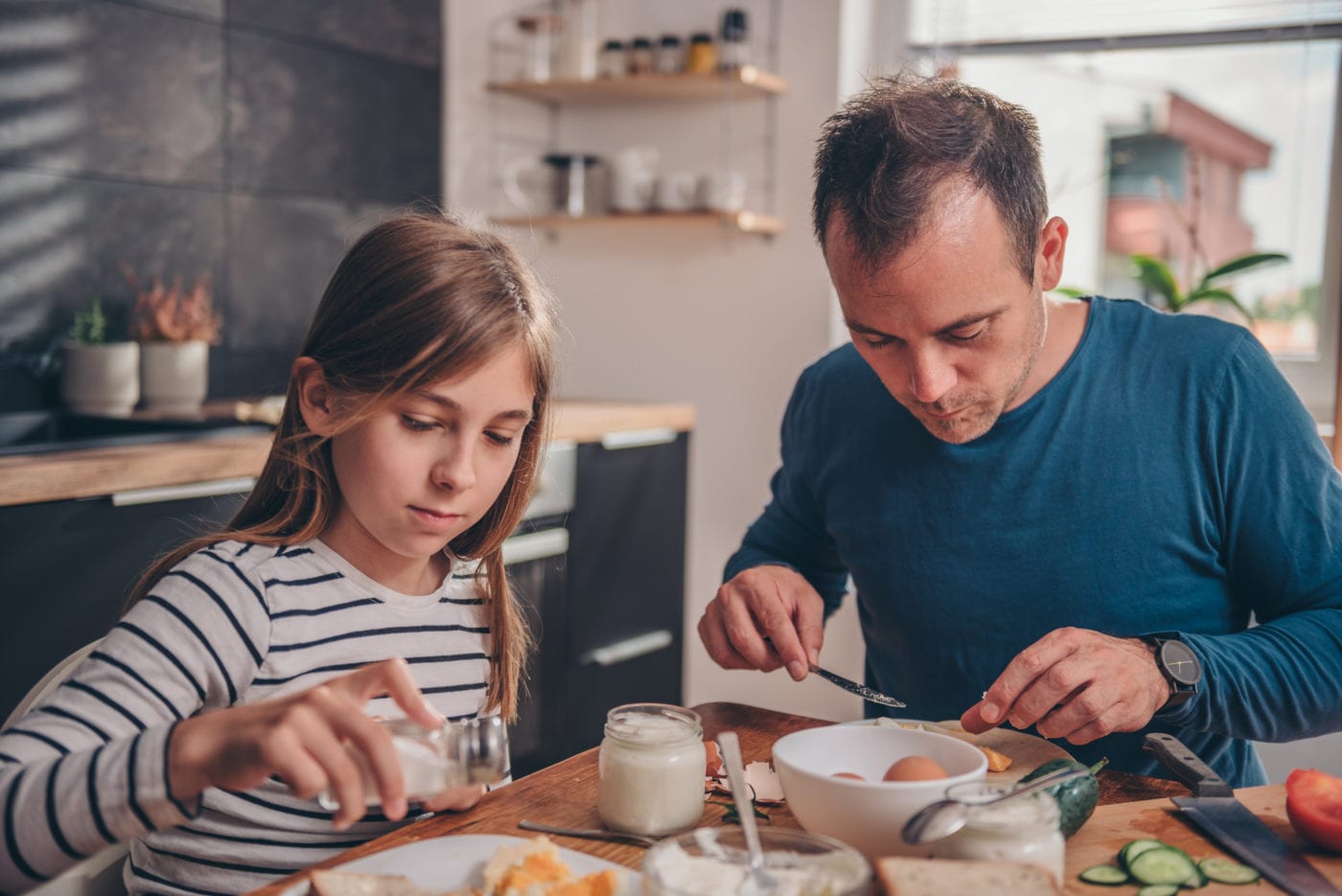 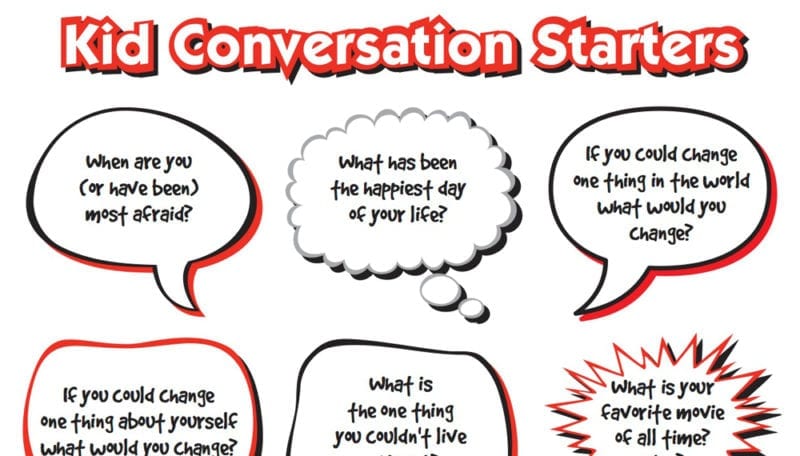 The Day You Were Born Conversation Starters