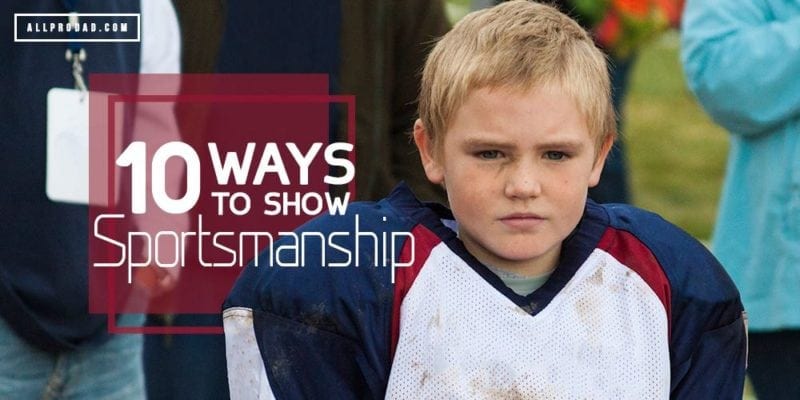 At the beginning of the last round of the 1996 U.S. Open, Tom Lehman held a one-shot lead over Steve Jones. Paired in the final group, Lehman walked up to Jones as they headed down the first fairway, and he did something remarkable: He prayed out loud. Even more remarkable, his prayer was not just for himself but his competitor as well. Quoting from Joshua 1:9, he prayed that both he and Jones would be “strong and courageous” and that no matter what happened that day, no matter who won, that God would be glorified.

Throughout the day, Lehman and Jones battled for the lead. By the sixteenth hole, Jones clung to a one-shot advantage and, as they walked toward their tee shots, Lehman did it again. Using the same verse he had quoted at the start of the day, he reminded Jones to be strong and courageous. Jones prevailed that day, winning by one shot over Lehman and Davis Love.

Why would Lehman who was the PGA Tour Player of the Year and leading money winner that year encourage the person he was trying to beat? He explains, “I wanted us both to play to win, with courage and conviction, and I wanted us to be a good and faithful example.”

1. Do Not Be That Parent

We all know that parent. Some of us are that parent. The one who screams at the refs from the bleachers. The parent who curses out the coach in front of his child because his kid didn’t get played. The one who ridicules the players who aren’t as gifted as others. That parent should be ashamed. Set the example for your child. Unless you have something nice to say, don’t say anything at all. Win or lose, offer high praise for the effort. Thank the coaches for their time, which is usually volunteered. Teaching kids good sportsmanship starts with the parent’s behavior. [Tweet This]

Winning is easy. It’s fun. It can also breed arrogance and bad behavior like taunting and mocking the losing team. Not very appealing traits in a person. Show your child to win with dignity—to shake the opposing players’ hands after the game and say, “Good game.” To be humble in their success. Coach Dungy is the model for winning with dignity.

As stated in the opening paragraph, losing is as important as winning. Congratulate the winners. Support your child at these times with encouragement and praise. Offer to help them practice more. Gently give tips on things that might need to be corrected. Emphasize positive actions as opposed to negative feelings. Hold your head high and be as humble in defeat as in victory.

The showboat. The hot dog. Yes, they can be entertaining and sometimes funny. Unless you are the Harlem Globetrotters, it really doesn’t have a place in organized sports. Teach your kids it’s okay to be happy, to celebrate, and to enjoy themselves because it is only a game. But they need to do so with respect for the game and the other players. Walter Payton and Barry Sanders were great examples of how to deeply love and play a sport with class, heart, and style.

Remember how John McEnroe used to go ballistic when a call didn’t go his way? He became famous for his ridiculous temper more than his skill as a tennis player. Rules are in place to make the game fair. To keep order. Teach your child to follow them and to respect those that are there to implement them. Be a good sport and acknowledge that not every call will go your way.

Nothing is better than watching a football game on a crisp fall day with your son or taking your daughter out to watch the World Cup. Great times and memories. Use those moments to point out examples of both bad and good sportsmanship. You are sure to see both. Visual examples are always an excellent learning tool.

No person is an island. You cannot do it all alone. The ball hog is never a wanted member of any team. If your child is talented at a particular sport, that is great. Teach him to help the other kids who might not be as strong. To include them and to use the abilities they bring to the benefit of the team. One child might be a great ball handler. Another might play excellent defensive. It’s a team and all parts are required to win.

It’s hard not to do so. They are so adorable and you don’t want to see them sad. You are playing checkers and you let her win every single time. Playing the great basketball game of H-O-R-S-E with your son and you intentionally miss the shot that would give him an “E.” As tough as it is, you need to win the game at least sometimes. How can they learn how to lose and be a good sport if they never do? They will be getting better and beating you on their own soon enough anyway.

Having good sportsmanship also means having a strong work ethic. Teach your children to always give their best effort at practice as well as the game in order to earn the respect of the other players and coaches. Anything less is not acceptable and should not be tolerated.

Children all over the world are sent into war. They are starving. They have horrible things done to them. Sports are only games. They are for fun. Teach your child the bigger picture…the perspective that it’s a blessing to be out playing games and enjoying life. Teach them to appreciate it. It’s hard to be anything but a great sport when you are humbled and thankful for just the opportunity to play. 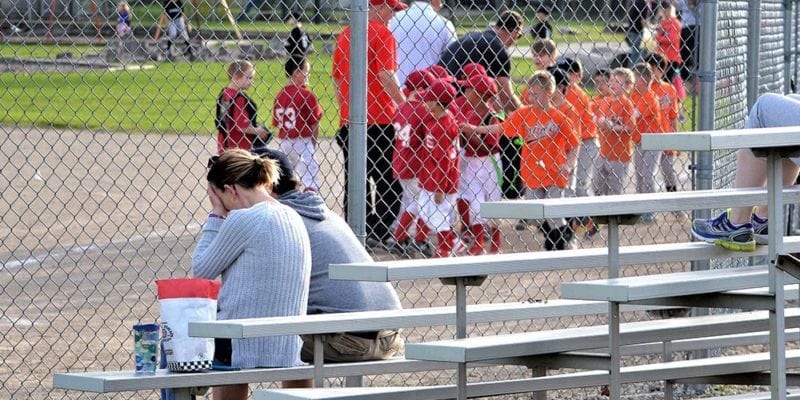 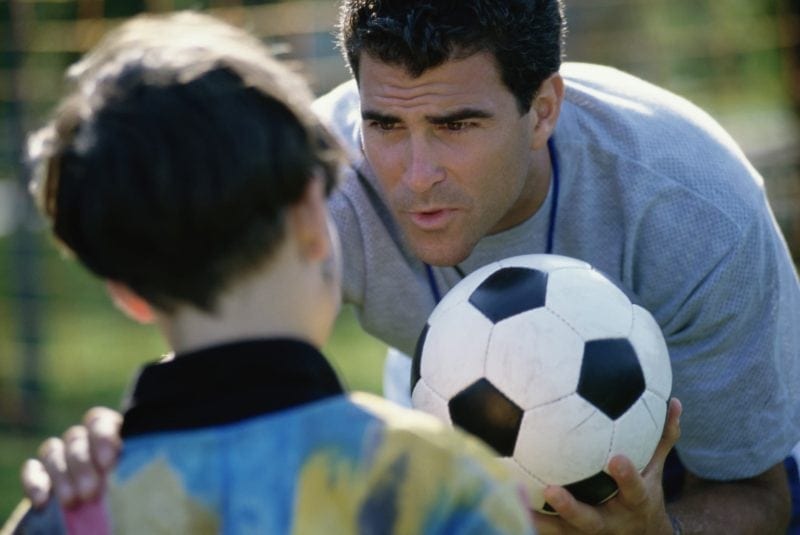 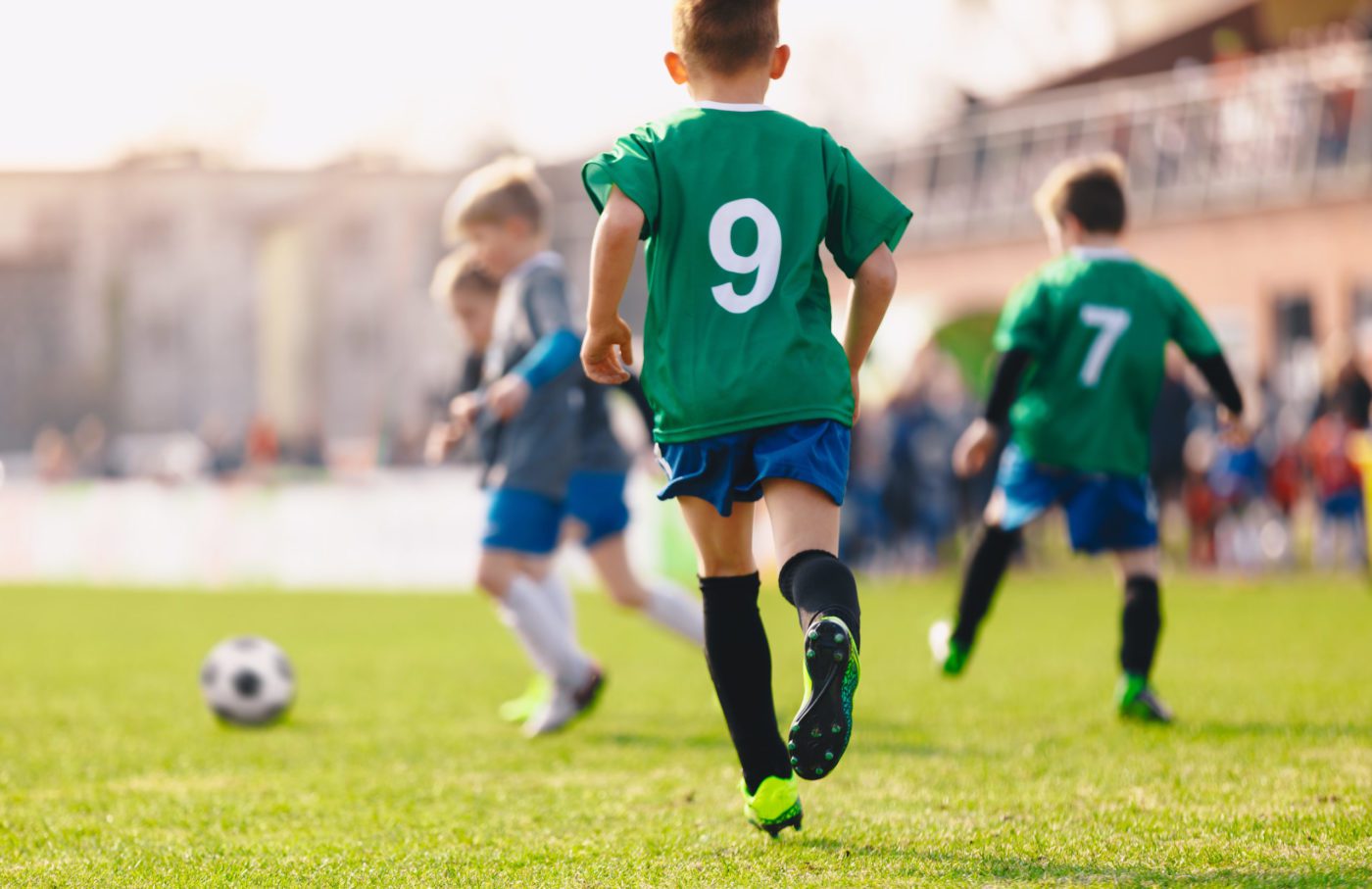 PrevPreviousTemper That Temper
Next10 Ways to Encourage Disabled ChildrenNext