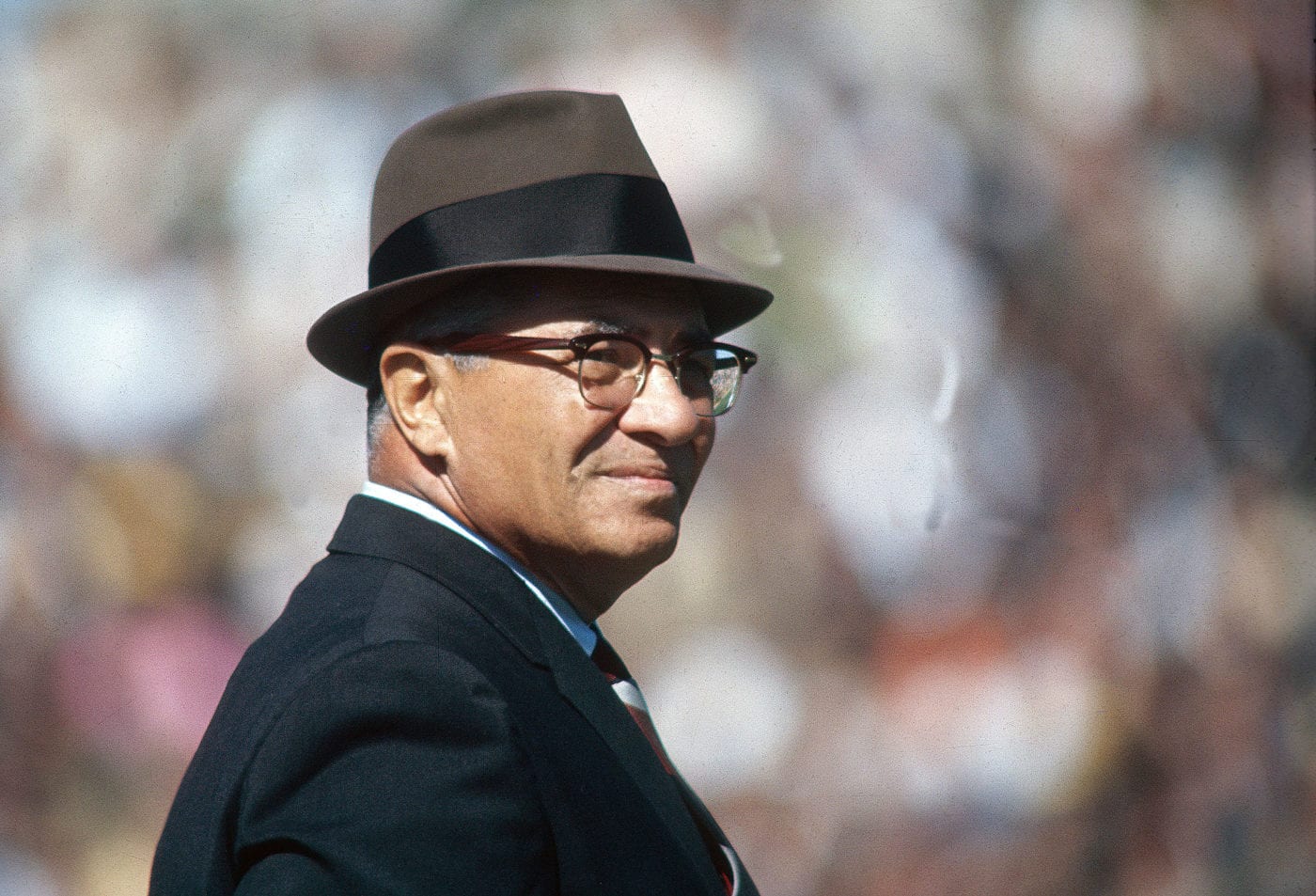 5 Lessons from Vince Lombardi Every Dad Should Know

Whether you are a diehard football fan or just an annual Super Bowl viewer, you have heard the name Vince Lombardi. He coached the Green Bay Packers to five NFL championships, including the first two Super Bowls in 1967 and 1968. He retired but then returned for a final season to coach the Washington Redskins in an effort to end their losing streak.

But Lombardi’s wisdom stretched beyond football and his influence far past sports. His work ethic can apply to many areas of life, including fatherhood. Here are 5 takeaways from Vince Lombardi that will help you become a better father.

Lombardi always started from scratch. He taught his players as if they knew nothing about football. The result? Five NFL championships and legendary status. Similarly, a father must communicate the basics to his kids. Start with the fundamentals: respect, dignity, and love. Do not be afraid to go back to these core values frequently, especially as your kids grow up. Other people will influence them, so you have to communicate your values and live your values out in front of them. Show them what a successful life looks like when led by respect for others, upholding one’s dignity, and loving others as yourself.

2. Have strength in character.

Character is a person’s unique moral and ethical traits and Vince Lombardi valued that. He led by example but encouraged his players to find their own strengths and use them to propel themselves toward excellence. Strong fathers teach their children to strive to become the best versions of themselves. It can be easy for our kids to become complacent in how they are developing but never be afraid to push them to their transformation point.

Lombardi the coach was defined by Lombardi the man. His passion for character, excellence, joy, dedication, and simplicity came from his faith. He went to church every morning and led his team with discipline and rigor. He had a zero-tolerance policy for racism and prejudice. Kids whose dads root their lives in faith are more likely to become adults who root their lives in faith, too.

Fatherhood is about sacrifice. You must give up a piece of yourself to raise another human person in this world. The payoff for that sacrifice is that your existence expands—not just your DNA, but the values, codes, and creeds that you pass on to your children. Vince Lombardi said that to accomplish anything worthwhile, we must learn the beauty of sacrifice.

Lombardi taught his players to believe in themselves—in their talents, strengths, and abilities. He warned them against overconfidence and arrogance. As a father, humility is taught through action and simplicity. Lombardi said, “Simplicity is a form of humility, and simplicity is a sign of true greatness. Meekness is a sign of humility, and meekness is a sign of true strength.” You do not need to overdo it as a father or make up for lost time. Just show up, be authentic, and keep it simple.

Sound off: As a father, what would you sacrifice for your children?

Huddle up with your kids and ask, “What do you think it means to show respect? How can we show others respect?””