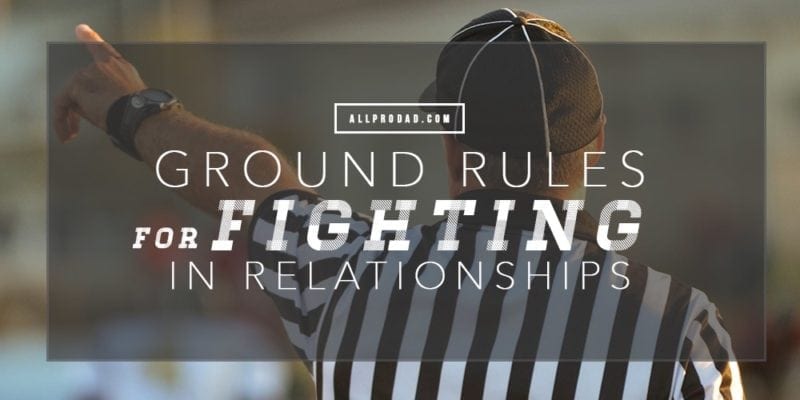 Ground Rules for Fighting in Relationships

Every sport needs some kind of referee. A safe and fair contest needs consistently enforced rules. It’s never going to be the most glamorous element of the game, but a solid rulebook is still an absolutely critical component. Ask the Packers. They remember 2012, the year marked by the NFL referee lockout. On the final play of Monday Night Football, September 24, the Packers defense protecting a slim lead, Seattle Seahawks receiver Golden Tate pushed off cornerback Sam Shields in order to gain position to make the game-winning catch. But the replacement referees didn’t know their rulebooks. They missed obvious offensive pass interference and ruled a simultaneous catch. Touchdown, Seattle. Final score: Seahawks 14, Packers, 12.  Ouch. How does a rulebook sound now?

In a similar way, ground rules for fighting fair in your marriage will never be the most appealing aspect of your relationship, but when tension and frustration begin to dominate an encounter with your spouse, you would be wise to have a few prearranged, mutually agreed upon rules in place. Does the idea of rules for fighting sound strange? Some guys think so; but the energy you spend with your wife to generate a couple of basic, inviolate rules for conflict will repay any amount of discomfort you incur upfront.

Keep this in mind, too: Different couples might need their own unique rules. For example, one rule in our marriage: Never call your spouse by their mom’s name. I did that once; and, it immediately got enshrined in our list of rules! (Fellow husbands, live and learn. This was a spectacularly bad idea.) So you might have different, situation-specific rules for your marriage, but there are a couple of core rules that I would advocate for any marriage and any fight.

This includes physical intimidation, threats of violence, threats of divorce, and ultimatums. Just like rules on the playing field, rules in conflict need to be present in order to keep things safe. Physical and emotional safety are absolutely essential for resolving disputes. Likewise, fighting without safety is both reckless and unloving.

Don’t bring up old stuff, even if it seems relevant. You’ll have time to reflect and address those issues later—after you’ve finished this disagreement. For example, don’t say, “This is so like you! We talked about this very thing last week, and we’re right here again!” Far better to keep it in the present by saying, “This—right here and right now—is really bothering me.”

This is either absolute language (“You always…/You never…”). Or, it can simply be when we intensify our language just to make a point. Going from That’s not reasonable to That’s the dumbest thing I’ve ever heard sets fire to any conversation.

You can have a short timeout to collect your cool, but you have to come back at a specific (again, short) time to finish.

No name-calling, low accusation, words with intent to wound, or simply saying those things you already know are guaranteed to rile your spouse (like calling her by her mother’s name.)

Author Max Lucado says, “Conflict is inevitable, but combat is optional.” He’s right. You’re going to have disagreements in your marriage. You can, however, keep things safe and clean by developing some rules for how you fight.

Huddle up with your wife and ask, “Do we need any different rules for our fights?” 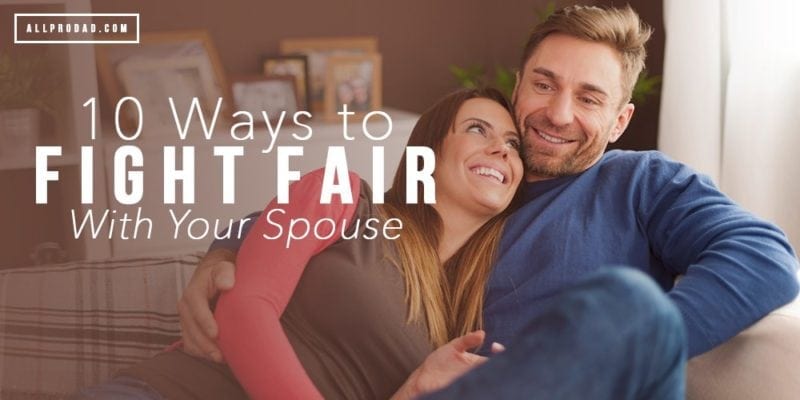 10 Ways to Fight Fair With Your Spouse 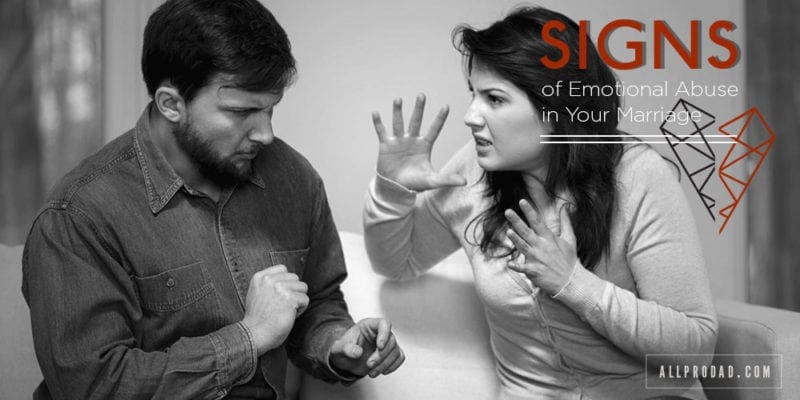 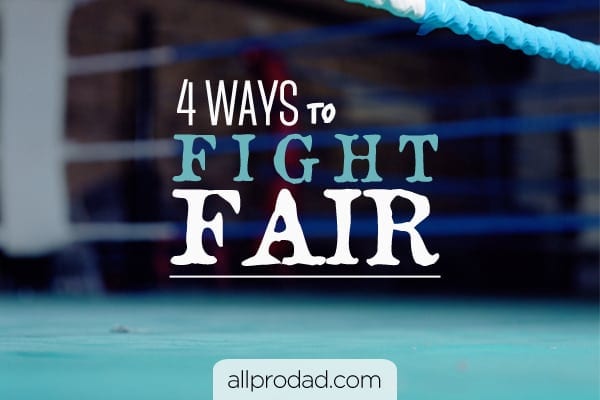