Home » Articles » Balance » Leadership » How to Have the Right Leadership Focus 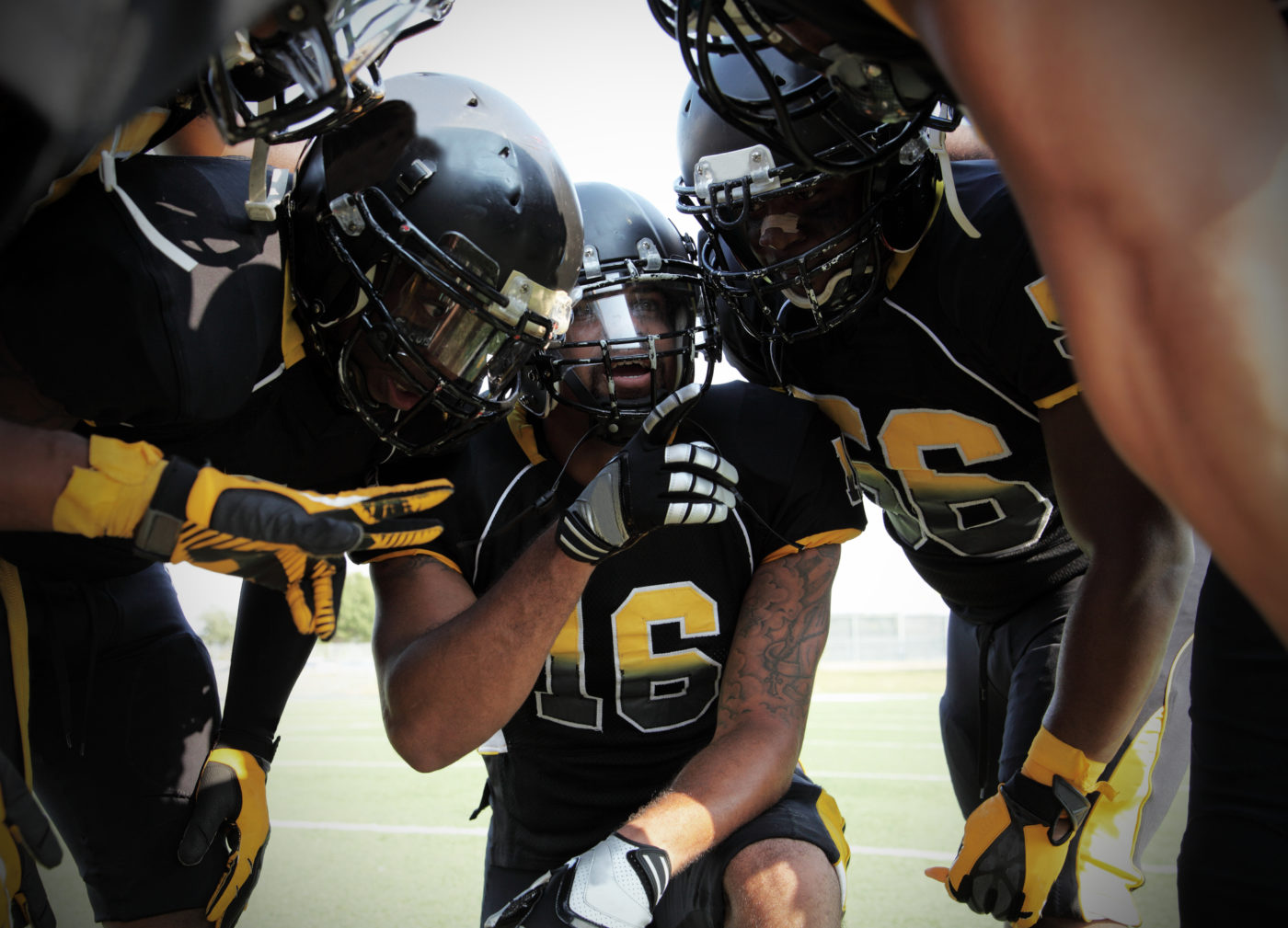 How to Have the Right Leadership Focus

If you follow professional football, or just read the news, you’re probably familiar with the story of Michael Vick. A star quarterback with elusive speed and remarkable athleticism, Michael was drafted by the Atlanta Falcons in 2001 and quickly built a reputation as a game breaker in the NFL. Then, in April 2007, word surfaced that a dogfighting operation had been uncovered at a house Michael owned in his home state of Virginia. Though Michael initially denied any involvement with the dogfighting enterprise, he later pleaded guilty to federal charges and served 21 months in prison. After his release, I had the opportunity to meet with Michael and mentor him, and we established a relationship that continues to this day.

Because of the controversial nature of Michael’s crime and his later reinstatement to the National Football League, I have been asked more than I can remember why I got involved with him. I have answered those questions as candidly as I could, time and again, but I want to expand on my answer because it is so critical to my approach to leadership focus.

Building a Life of Significance

By all appearances, Michael Vick was wildly successful—wealthy, at the top of his profession, and in the public eye. But as we all learned, there was more to the story. For all his worldly success, was he building a life of significance?

The important things of life often happen in quiet moments of faith, family, and building relationships.

Our leadership focus must first and foremost recognize that it is not enough to be successful in the world’s eyes. I’ve heard sociologist Tony Campolo say that the world has “switched the price tag,” giving value to the valueless while undervaluing the truly important. Accumulating things is highly prized in our society, as are status and fame. On the other hand, the truly important things of life often happen in quiet, private moments—moments of faith, family, and building relationships.

Before his time in prison, I’m sure there were times when Michael thought about what a great opportunity God had given him. I know he thought about his family, his teammates, and the fans all over the country who looked up to him. But I don’t think he ever contemplated the responsibility that goes with a leadership position or being a role model for so many other young men.

When Michael’s successful career was brought to a halt and he had time to think about it, he came to the conclusion that he hadn’t done his part as a leader. God blessed him with uncommon talent, and Michael had used it to rise to the top of his profession. Unfortunately, he realized he hadn’t helped the people around him as much as he could have. And he wanted to do that, starting with his family, and then, he hoped, with another football team, if he were given the opportunity. But he also wanted to reach out to all the young boys who looked up to him, who wore his jersey, and who wrote him letters while he was in prison asking why he wasn’t playing anymore. Could he still do those things? Could he still have that impact for good?

The Focus of a Mentor Leader

That’s why I chose to work with Michael Vick. That’s why I got involved in his life. I saw a young man in need, and I had an opportunity to do something. But more than that, I accepted the responsibility to perhaps provide a moment of significance in his life—a moment that would help him get his life back on track. I did what so many others had done for me, the things that have helped me become the person I am—and the person I want to be. They helped me do more than I ever could have done on my own. You never know how these things will turn out, but you’ve got to be willing to try.

My goal was to build into Michael Vick’s life what I believe is important, things that Michael himself said he wanted in his life—being close to his family, modeling good values to kids, and even speaking out against the animal cruelty that he now knows is wrong. Whether Michael ever regained the status and standing he once had in the NFL was not as important as becoming the kind of man he would become. Mentor leadership focuses on building people up, building significance into their lives, and building leaders for the next generation.

Earn some points: Are you married? If so, share this iMOM article with your wife: 5 Ways to Teach Kids to Stand for What They Believe In.

Sound off: What has been your leadership focus lately?

Huddle up with your kids and ask, “What do you think it takes to have a good life?” 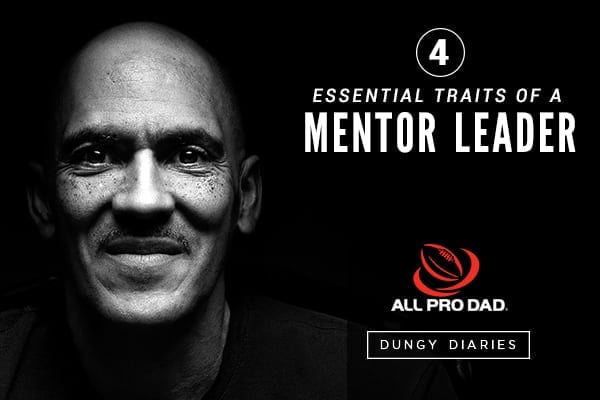 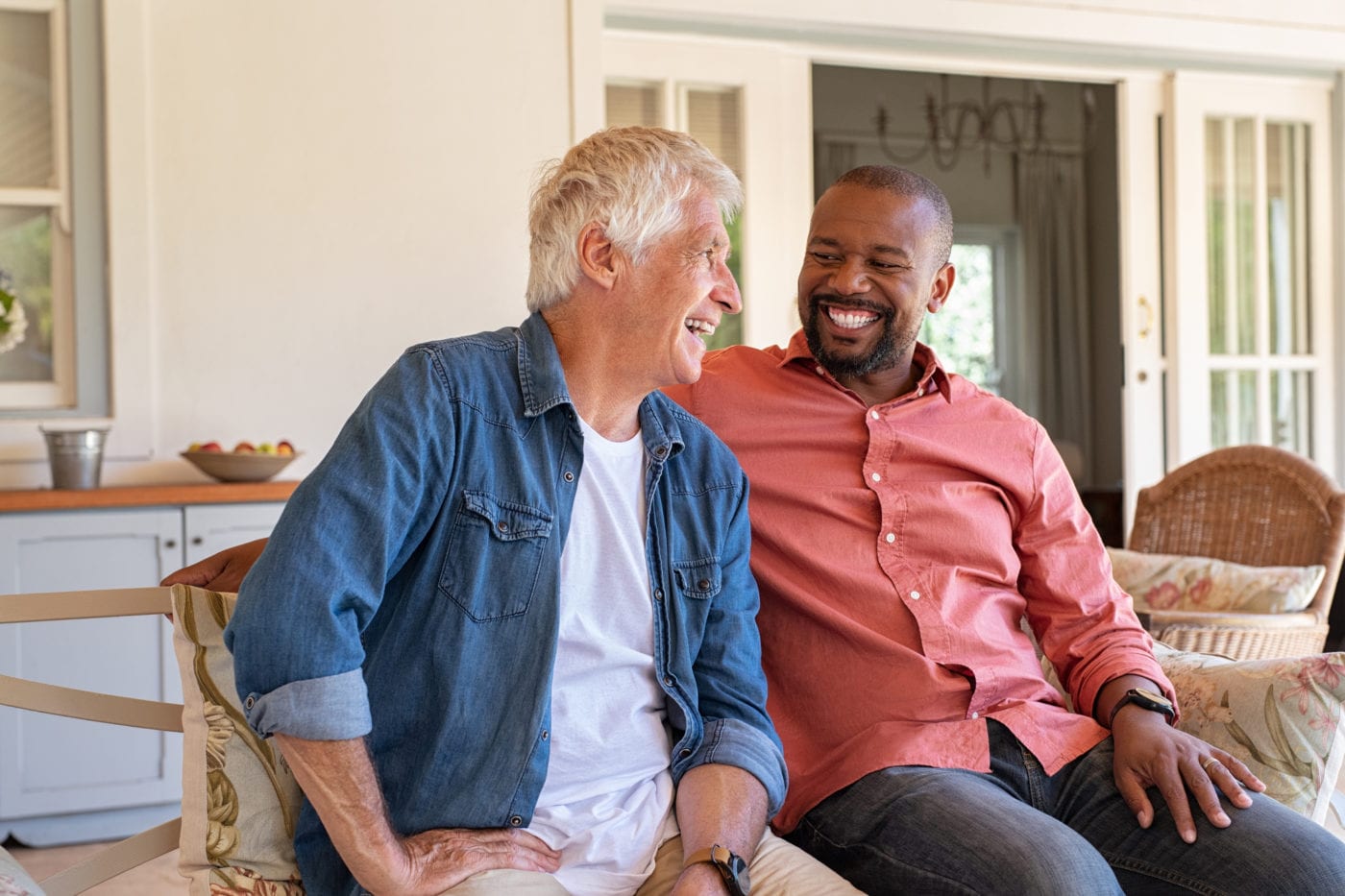 10 Kinds of Men Every Man Needs in His Life