Home // Articles // Activities // Things To Do // My Favorite Christmas Traditions 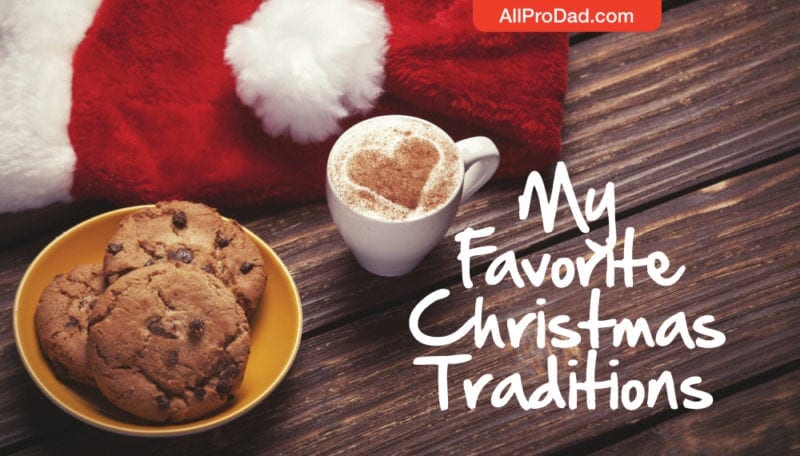 Tonight, many excited children will pretend to be asleep as they listen for sounds on the rooftop. They will lie awake eager to catch a sight of the magical figure of Santa Claus. At some point, they will drift off but will probably wake up and run to the tree to see the presents he has left for them. Who is Santa Claus? Where did this one of many favorite Christmas traditions come from? Although I love the Rankin/Bass claymation classic, Santa Claus Is Coming To Town, historically, it is way off. Here are some more of my favorite Christmas traditions and their origins.

The person of Santa Claus is most closely-associated with the 4th century Bishop St. Nicholas of Myra (located in modern day southwest Turkey). His parents were devout followers of Jesus of Nazareth and raised him with same devotion to God. When young Nicholas’ parents passed away, he became committed to using his wealth and inheritance to help those in need. Although he is most known for his kindness and generosity to children, it actually extended to all people. One story talks about a man who had lost everything. He had three daughters but could not produce the dowry required in that day for them to get married. Word got to Nicholas that the man intended to sell his oldest into slavery. Under the cover of darkness, Nicholas crept to the man’s window and threw in a bag of gold. It was enough to save the poor man’s daughter and allow her to marry. Nicholas ended up making two more midnight trips with bags of gold for the remaining daughters.

Many more acts such as this caused him to become a hero. St. Nicholas’ legend only grew over the years and feasts were celebrated in his honor that are still done today. When Dutch colonists came to this land in the 17th Century, they brought this celebration. However, the Dutch translation of St. Nicholas is Sinterklaas, which would eventually morph into “Santa Claus”. The current image was popularized by a poem entitled “A Visit from St. Nicholas”, otherwise known as “Twas the Night Before Christmas” in 1823 but eventually skyrocketed in the middle of the 20th Century.

This originally began as a pagan tradition of worshiping the sun. Evergreen boughs were hung during the winter solstice (December 21st), the shortest day of the year, as a symbol that the sun would begin to thrive once again. Since evergreens were green all year, they were a reminder of how plants would grow well in the spring and summer. It is also why they were used as a pagan symbol for eternal life. Different cultures even believed that evergreens would ward off ghosts, evil spirits, and illnesses. As Christianity spread throughout Europe, these pagan traditions were taken and rebranded with new meaning. Evergreen trees were decorated with hanging apples as a symbol of the tree of knowledge in the Garden of Eden. In some accounts, reformer Martin Luther is credited with claiming the tradition for Christmas. Some stories also have him adding candles to decorate the tree. Later, they would be replaced by electric lights, probably resulting in less house fires.

Speaking of electric lights, the first outdoor light display came from none other than Thomas Edison. He decorated the outside of his laboratory with his incandescent light bulbs during the Christmas of 1880. However, Mr. Edison was hardly looking to spread Christmas cheer. His motivation was to market his light bulb invention since his laboratory was in view of a passing railway. Several years later, one of his employees, Edward Johnson, introduced the string of lights.

Telling the Story of Christmas

Despite their origins, these symbols and stories are great ways to help children understand the true meaning and significance of Christmas. St. Nicholas, who was inspired by the God he served, may be different from the current image of Santa Claus. However, the spirit of generosity, giving, and kindness mirrors that of God’s gift of Jesus. Christmas trees may have started as a pagan tradition, but man’s disobedience with the tree of knowledge was the reason for Jesus’ birth. Although lighting displays came from a marketing ploy, it can easily be used as a symbol to tell the story of Jesus as the light of the world.

Huddle up with your kids and ask, “What is your favorite Christmas tradition?”

The Christmas Story from the Gospel of Luke

Choosing Christmas Gifts For Your Child

10 Ways to Give this Christmas