I remember the moment like it was yesterday. Rebekah and I had two teens in the house, and they were both conjuring angst from a cauldron of gloom that was beginning to take on a life of its own. Every day was drama multiplied by more drama, and the kids were sucking us both in. I had to work hard to stay positive. We were winding up dinner and it was time for family devotions. It was our daughter’s turn to read, so she grabbed the Bible she’d just been given as part of her confirmation class at church. Her mentor had bookmarked Philippians 4:8, and there it was: Whatever is true… noble.. right… pure… lovely… think about this. So I did, and it’s been in the back of my mind, undergirding everything else, ever since.

This spring my men’s group at church looked at the angst in the world around us and decided to read Normal Vincent Peale’s classic The Power of Positive Thinking. The book was written around 1960, the language is dated and sexist, and many of the illustrations are out-of-date, but the essential principles of the book’s central thesis are well worth a second look.

The idea of intentional positive thinking is especially timely when so much negativity, criticism, and complaint dominate the news, the Internet, and so much of our social and political conversation. What if – instead of slinging more mud and feeding the negativity – we became known as beacons of light and positivity, recognized as sources of encouragement, grace, and promise? To get the ball rolling, and to intentionally inject some hope into the weeks leading up to November’s elections, understand the following principles that facilitate positive thinking for today (largely inspired by The Power of Positive Thinking).

When we live from a positive frame of reference we are more likely to overcome obstacles.

1. All things are possible:

When we live from a positive frame of reference we are more likely to overcome obstacles.  As my wife’s mother, Nelle, often said, “Can’t never did anything.”

It’s impossible to accomplish even the simplest of tasks when we are raked by inner conflict. When we are at peace, we have more ability to focus and to utilize our resources. Peace enables us to move forward from a position of strength and confidence.

Irrespective of our belief system, prayer can be an effective practice that adds strength, confidence, and peace to any experience. The idea that “prayer changes things” is rooted in the positive affirmations of literally millions of people. It makes practical sense to tap into the power that created the universe. God doesn’t require a membership card; God simply listens.

4. Happiness depends on you:

When we begin to understand that other people (including our family) are not responsible for our happiness, we are freed to experience more satisfaction, meaning, and happiness than ever before.

Regardless of the circumstance, we tend to get what we expect. Pessimists and optimists both tend to confirm their points of view. When we expect the best from our experiences, our challenges, our day-to-day lives, then we will experience more positive outcomes than going in with a negative attitude.

6. Worry is a waste of effort:

We’ve all heard that, “frowning takes more effort than smiling.” Well, that’s just one of the clues that worry isn’t just a downer, it’s counterproductive. My wife, Rebekah, says that, “Worry is proven to be ineffective because 90% of the things we worry about never happen.” After you think about that one for a while I think we can all agree that worry simply isn’t worth the investment of time and effort.

Conventional wisdom says that “seeing is believing.” We all want to see the evidence before we take a risk. But Jesus – the most powerful human being to ever live – pointed out on more than one occasion that “believing is seeing.” Once we make the choice to believe, then we can move forward in confidence and our belief is quickly affirmed with the evidence we never would have seen had we not first believed.

Huddle with your kids and ask, “What are five positive things about our family?” 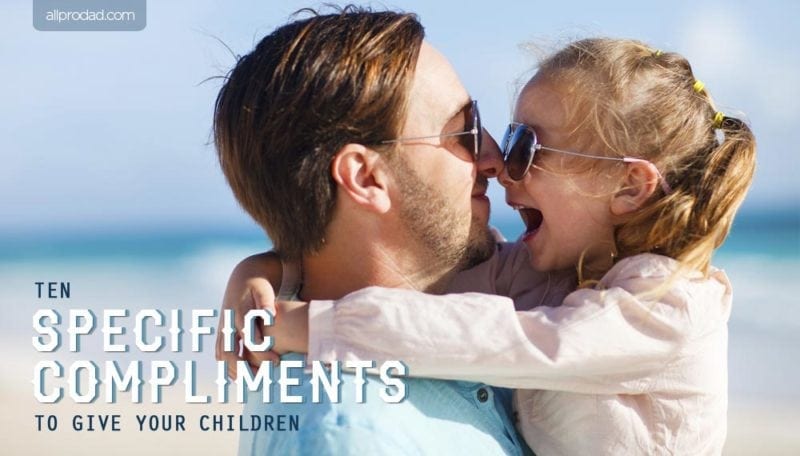 10 Specific Compliments to Give Your Children 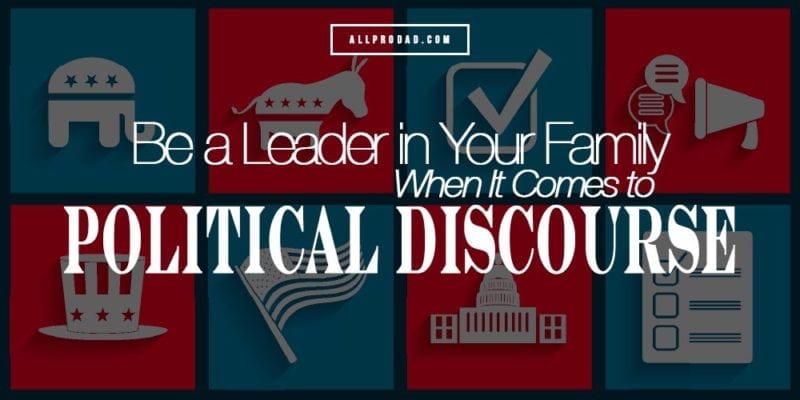