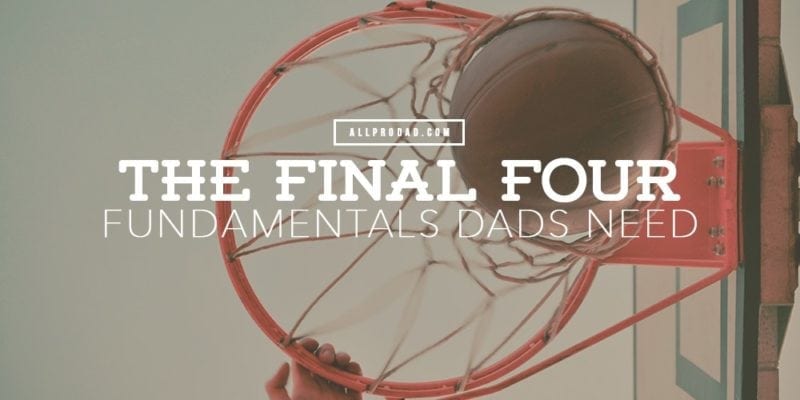 March is when filling out a tournament bracket makes the to-do list. It’s when for a few weeks Thursday and Friday become personal leave days across offices all over America. Most people love March Madness and for good reason. Few sporting events offer such a large collection of diverse teams with a shot at making history. The storylines are compelling and the drama is nail-biting. It’s become a great American tradition.

So in the same spirit, we as dads could use the month of March to work on our family/marriage game as hard as the athletes work on their basketball game. Let’s hone our skills and practice our moves to become championship-ready men, parents, and husbands. To be always striving, learning, working, and yearning to be better until your better is best. That is the type of attitude that creates great things in all that we do.

Let’s work on the final four fundamentals of fatherhood so we can lead our families to the victories of joy, strength, and enduring prosperity. Here’s a basketball-related look at how we can achieve our goals.

In basketball, the 3-point shot is a risk that comes with big reward if executed efficiently. Teams that put too much emphasis on the risk and ignore fundamentals seldom win it all, but they can make a lot of noise. It’s prudent to have a 3-point shot in your dad arsenal, but don’t rely on big risk/big reward to guide the future of your family. For example, let’s say we have been offered a job promotion that is going to pay us a substantial amount more than we currently make. Yet, we are living comfortable at the moment and our family is happy. Do we take the risk with the chance that our entire family structure could crumble under different circumstances or do we fire the ball inside for a more reliable shot? Always measure personal success against its effect on the family, and use keen wisdom as to when to launch that bomb from the arc.

How many times do we see great players missing this most simple of shots? These players that lack consistency and reliability in the fundamentals. That’s exactly what life does to a man that tries to cut corners and doesn’t put in the work necessary to be rock solid at the mundane and routine. At the free throw line is where a championship game is often won or lost. Can you be the man that when he is standing there with everything on the line for his family he hits nothing but net? Swish. It takes relentless repetition and a willing heart.

Offense and beautiful shots are rarely what makes a great champion. It’s what he does when the glory is not his to be had that makes the difference. Does he work on both ends of the court? In dadness, zone defense is being the guy under control when life has gone crazy and being the stop gap between it and his family. When his wife is stressed out, his teen is going down a wrong path, and his adolescent is confused and asking hard questions, he doesn’t get overwhelmed and run over. He wisely spreads out a defensive net and gets his team the ball back.

The slam dunk is basketball’s most spectacular moment. It’s what all players dream of. Soaring through the air with the ball firmly in hand and slamming it down with extreme authority through the goal. How did he arrive at that moment? All of the hard work and countless hours of practice. The dedication to his craft that he put before all else. A dad that goes about being a man, parent, and husband, in the same way, will also soar through the air with authority. Put in the work.

Huddle up with some of your best dad friends and share these concepts with them while watching the games. 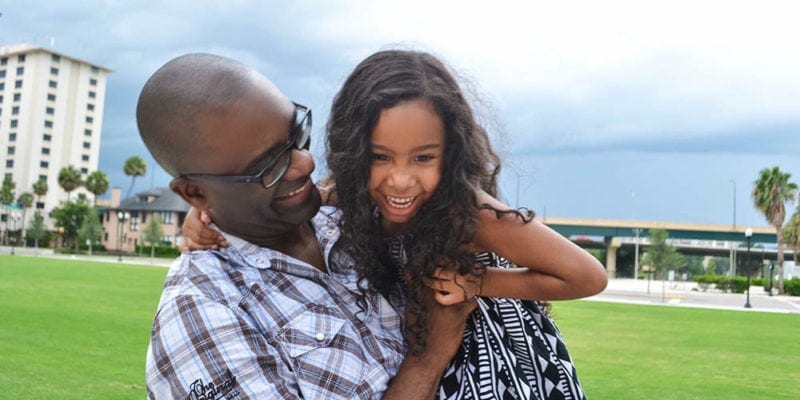