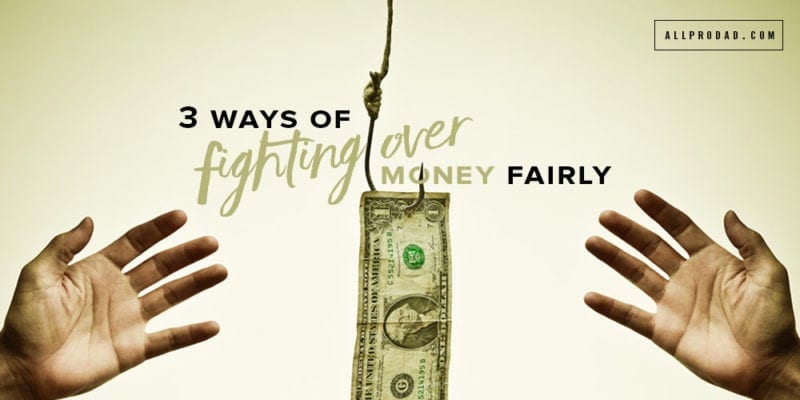 3 Ways of Fighting Over Money Fairly

At the time, our income was sporadic. One month we didn’t have enough to pay our bills. But the next month, we had an influx of cash so, over the course of two months, we were just fine. One of us saw the immediate month at hand (“We don’t have enough!”) and the other saw the two-month span (“We have just enough!”). We were both right.

Here are 3 ways to fight fair during the money conversation with your spouse:

Kelsey and I find it unproductive to talk about money sitting across from each other at the table or in the living room. This position implies we are against each other. We are not against each other. She is not my opponent. She is my partner, and partners work better when they are on the same side, such as a kitchen table, looking at a budget on a computer screen or out the window at a beautiful world. When we sit faced in the same direction, it’s just two kids trying to figure it out and take on the world. We are ready to collaborate by looking at the same data and exploring ways to solve problems or embrace tension.

Try this: Next time you talk money with your spouse, sit next to him or her looking in the same direction.

Kelsey and I realized we grew up with different approaches to money. Some families entertain open and honest and ongoing conversations about money and spending, and they can do so just about anywhere, at any time. Other families have a regular budget meeting where the tone is serious but wildly productive. Whatever your jam, just knowing differences exist can be helpful.

Try this: Sit down with your spouse and discuss what money means to each of you. You might understand each other’s views better and be able to find a cleaner middle ground.

Some problems cannot be solved. Some problems can only be embraced as natural tensions.This is because some problems are simply ongoing tensions to be embraced through the ebb and flow of time. We move in seasons with varying conceptions of priorities and needs. For instance, is it more important to save or pay down debt? I can’t tell you exactly for your family’s situation, but I do know both are important. There is a rational side of money and an irrational side of money. Embrace this tension as natural—and that sometimes we do more harm than good when trying to solve problems that are simply tensions to be embraced.

Try this: When you’ve come to a problem you can’t figure out how to solve as a couple, write it down on a notecard. Find a jar or basket you can designate as your prayer box. Put the notecard in the box and acknowledge the fact that you’ve taken this issue up with God and allow him time to help you figure out how to solve or embrace it.

From all of us at brightpeak financial, we wish you happy money fighting! It’s okay. It happens. And when it happens, do it fairly and with the best interest if your partner in mind.

Huddle up with your wife and discuss your financial goals. 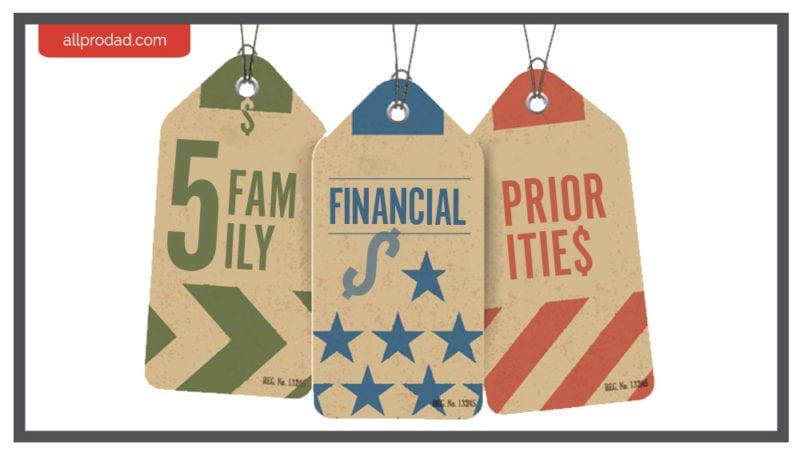