Home // Articles // Parenting // Teenagers // For the Sake of Your Kids, Stop These Embarrassing Facebook Posts 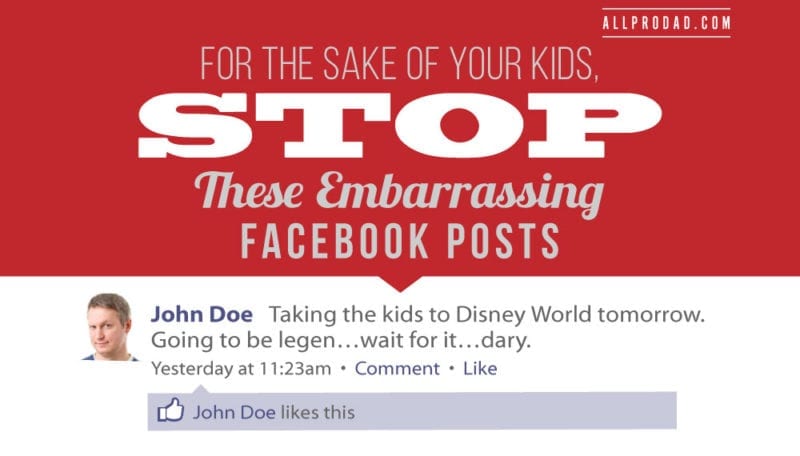 For the Sake of Your Kids, Stop These Embarrassing Facebook Posts

One of my favorite movies is Uncle Buck starring John Candy. When the parents in the movie have to go out of town suddenly, they call on Uncle Buck to watch their three kids. One of those kids is an angry and rebellious teenager. When he drops her off at school right in front of a crowd, his car smokes and then lets off an explosive backfire. When the smoke clears, it reveals the teenager hiding in embarrassment. All of this brings enjoyment to Uncle Buck. After that, she threatens to not be there when he comes to pick her up when school ends. To this, he replies, “Stand me up today and, tomorrow I’ll bring you to school in my robe and pajamas and walk you to your first class.”

Adults, particularly parents, have been embarrassing teenage kids for ages. I am thankful every day that I grew in an era before the Internet. It has given parents an easier opportunity to mortify their kids. There is no bigger medium for parents to do this than Facebook. After talking with teenagers, there are certain things they really wish their parents would stop doing. Don’t shoot the messenger. I too had to evaluate my own Facebook behavior. These are your kids talking. So for the sake of your kids, stop these embarrassing Facebook posts.

If this was ever cool at all, it sure isn’t anymore. There are a few people that need to know our exact location. The rest of the world doesn’t.

It’s one thing to share something, but another to pressure others to do the same. Telling people to share if they agree with some generic or cheesy saying is nothing more than an annoying chain letter.

Doing TBT every once in a while is fine, but every week is too much. Also, make TBT about you, not your kids. The last thing they need is a picture of them in diapers on the Internet for all of their peers to ridicule.

We know you like it or you wouldn’t have said it, posted it, or shared it. It comes across like you are trying to impress people or are needy for support and affirmation. You wouldn’t applaud yourself after giving a speech; let others applaud you. Better yet, make your statement and let people respond as they may without looking to accumulate likes. Sometimes true genius is not appreciated until later.

If you use shorthand, make sure you know what you are communicating. Too many bad things have been communicated by parents who thought LOL meant Lots of Love among others. Personally, my advice would be to write in complete sentences and use correct spelling. Their generation is losing the ability to do that well. I think we should model it to them any chance we get.

Everyone loves quizzes to see what Star Wars character they’d be, etc. Keep the results to yourself though. Most of the world doesn’t need to know that you’re most like Han Solo.

Posting a selfie that is out of focus or at a weird angle says, “I’m trying to do what the kids are doing, but I’m not good at it.” Either do it right or don’t do it at all.

This is the problem of too many posts and sharing overly personal information. Limiting the frequency of your posts normally helps with the second thing. Personally, I try to limit myself to one a day at most and I’m told that even that might be too much.

They would rather you not be here at all. They see this as their thing. You already took over Facebook and they don’t want to move again. It’s good to be there so you know what they are doing, but save your posts for Facebook.

Huddle up with your kids and ask, “Is there anything I do on social media that you wish I didn’t?” 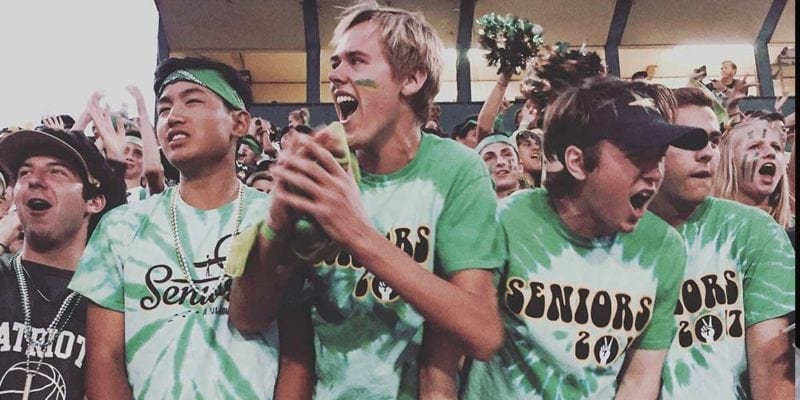