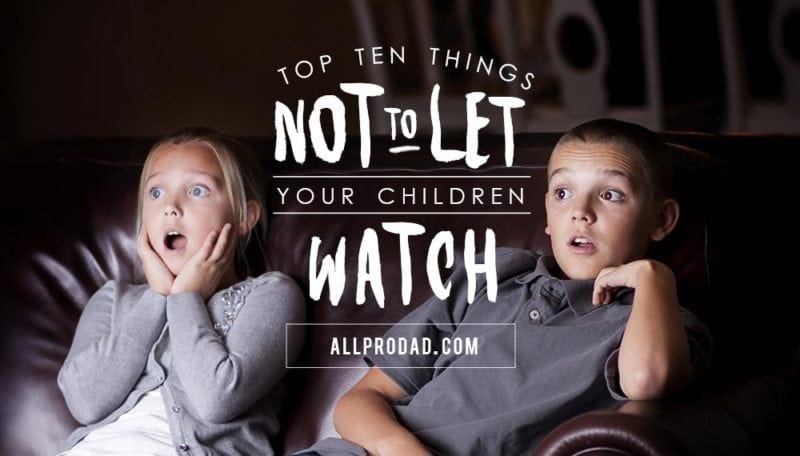 Top Ten Things Not to Let Your Children Watch

Children are very easily influenced by the world around them. Television offers hours of entertainment, but it also offers a large amount of negative content to young audiences. It is important to be mindful of what your children are watching. One option to you as a parent is parental control restrictions found on most cable and satellite providers.

When thinking about what is and is not appropriate for your children to watch, keep in mind the following top ten things not to let your children watch:

1. Programming with Bad Language and Violence

Children repeat things that they hear. Shelter their ears. They also mimic behavior they see. Studies have shown that after watching violent programming, children behave more aggressively directly following. TV-14 is there for a reason, be careful.

Protect their innocent little eyes from nudity and sexual content. They are too young for it and do not have the maturity to handle it. Also, you do not want to awaken sexual desires prematurely, it will open a whole load of issues to deal with as a parent.

Crime dramas are very popular right now and many children enjoy them. Some of the content is even educational. However, shield their eyes from scenes that show the victim or other gruesome scenes with the victim if you still think they should watch the program.

Just because a PG-13 or R-rated film was edited for a television audience, it does not mean that is appropriate for a younger audience. If the film was originally rated PG-13 or R, the content is likely not appropriate for younger audiences. Watch the opening of the movie to see what areas the higher rating was for such as violence or language. And nowadays, you even have to be careful with PG ratings.

5. Higher Rated Films Which You Yourself Have Not Seen

Do not watch a film that you have never seen with questionable material with your child that is rated above their age. Allowing the kids to watch just because it is more convenient for you is of poor taste. To get an idea of questionable material that may be in a recent movie, look at iMOM’s Movie Monitor.

Animated does not mean child friendly. There are adult cartoons that are extremely inappropriate for child audiences. These cartoons often contain bad language and sexual imagery.

Alcohol and drugs can be presented to look very cool and fun without any attention given to their dangers. Avoid positive representations of alcohol and drugs since children are easily influenced. Also, explain to your children the risks and health dangers associated with the two.

Television is saturated with commercials trying to sell you something. During children’s programming, most of the commercials are targeted for children and feature toys. Their purpose is to get the kids to beg their parents to buy the toy for them. In turn, these commercials spur greediness and the desire for instant gratification.

The most popular songs of today offer at least a lyric or two that is inappropriate for younger audiences. The music videos display even more, or perhaps you should say less, because of the small amount of clothing usually any them. Some music videos are fine, but again, just be aware of what your kids are watching.

It is important that your children be aware of what is going on in the world. Let them watch the news with you and discuss it with them. However, monitor the news and its images; your children do not need to know everything and all of the details. The news often contains violence and graphic images that can really upset them.

Huddle up with your kids and ask, “Have you seen something on TV that was confusing?” 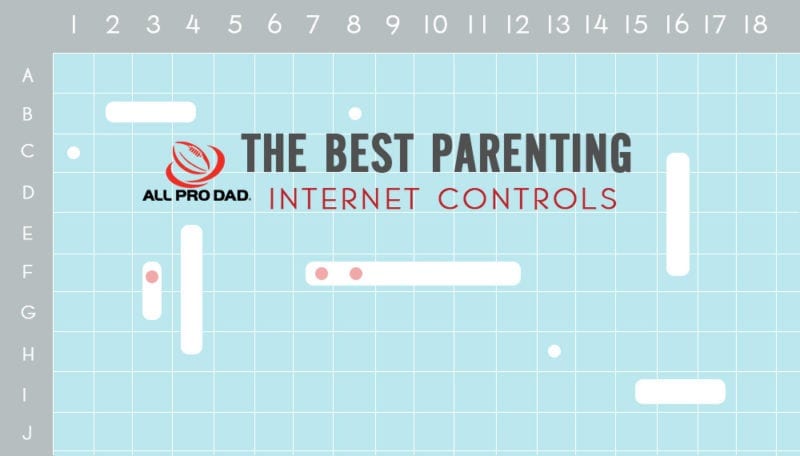 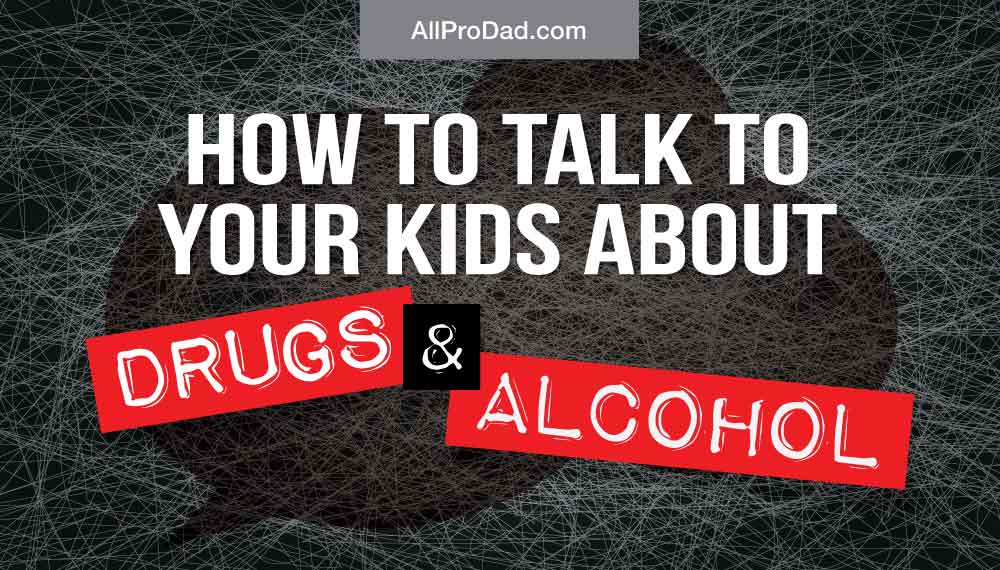 How to Talk to Your Kids about Drugs and Alcohol 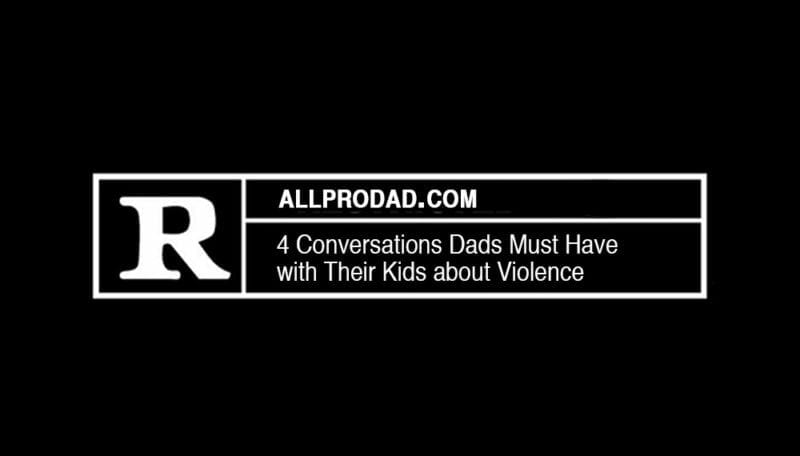 4 Conversations Dads Must Have with Their Kids about Violence