4 Ways to Overcome Wounds from Your Father

I have a confession. Most of my adult life, I hated men. Why? Because growing up in the projects of Miami as the son of a teenage mother, I lived in a community where I never saw one boy with his dad. I know that sounds unbelievable, but it’s true. How is that possible? Look no further than my own home. My own father left us when I was only 2 years old, so I became part of a dysfunctional community picture that didn’t make any sense to me as a boy. My father’s absence didn’t just leave a space in our home, it left a hole in my heart that all of my friends, unfortunately, could relate to. Most of us tried to fill our dad-sized holes with anything we could find to hide the pain; but I didn’t know we would carry those “man holes” into manhood.

In addition to my father’s abandonment, another man in my family sexually abused me as a child. So, I had to be honest with myself about the wounds these men caused.

In my twenties, I lived in a state of denial. I didn’t want to admit the wounds even existed. And like most men, when we refuse to acknowledge our old wounds, we suppress our emotions by either isolating, sedating, or overcompensating; I did all three. It wasn’t until I acknowledged the wound that I began to heal from it.

It’s one thing to acknowledge your feelings of hurt, anger, fear, or shame; it’s another to verbally express it.

I didn’t express the anger from my father’s abandonment and the shame of a family member’s abuse until I was in my thirties. I didn’t know that two decades of silence would cost me more than the abandonment and the abuse ever did. But when I was finally able to put my emotions into words, that’s when my old wounds started to heal.

It took me until I was in my forties to realize that a man is only as strong as the number of stronger men he has on his team.

As I was watching a football game this past weekend, I noticed that whenever a player got injured on the field, a teammate would immediately come alongside him to either help him stand up or ask another teammate to help carry him to the sideline. We’ve wounded at one time or another, but no man should ever hurt alone. I started to heal once I expressed my wound, but I got stronger when I started sharing my old wounds with other men.

How do you forget the wounds of a father who may have abandoned, abused, angered, rejected, ignored, discouraged, or failed to affirm you? You don’t. You don’t have to forget it; you just have to forgive them and release it.

Forgiving my father and the man who abused me was one of the toughest things I ever had to do until I realized that forgiveness is not something you give to others, it’s a gift from God that you give to yourself. By forgiving my offenders, I no longer had to live in my self-manufactured prison of anger, bitterness, resentment, and distrust (of men). Forgiving them was me choosing to release myself to love others freely.

Acknowledging, expressing, sharing, and releasing my wound allowed me to receive God’s love to heal from it. 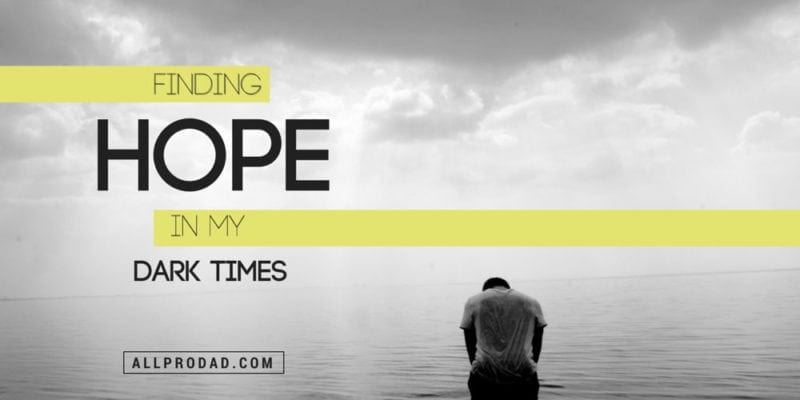 Finding Hope in My Dark Times