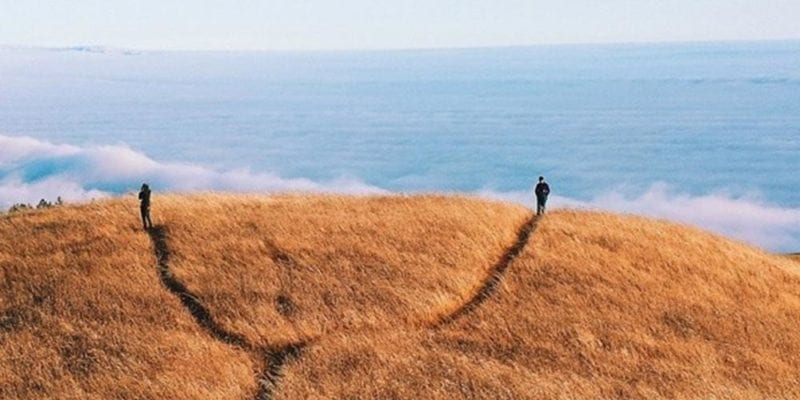 I had a friend who worked at summer camps for kids in the 1990s. One year a small-time band played a concert. She thought they were fine, but would never get beyond playing small crowds. Several years later she heard that small-time band, MercyMe, on the radio with their song “I Can Only Imagine”. That song would eventually reach number one on the Billboard Top 100. The powerful ballad was written by MercyMe frontman Bart Millard. I never knew the inspiring story behind the song until I saw a screening of the movie I Can Only Imagine.

Millard wrote the song about his tumultuous relationship with his abusive father. Eventually, his dad had a faith conversion and became a changed man. Bart would ultimately forgive his dad before he died of cancer while Bart was still a teenager. However, it took him a long time for Bart to forgive all of the hurtful things that had been done to him. Forgiving others has a lot of personal benefits and deep down most of us believe it is the right thing to do. So what keeps us from doing it? Why don’t we forgive? Here are 5 reasons people don’t forgive.

First, there are many myths about forgiveness. A lot of people think forgiving someone means saying that what happened is justified and forgotten. Many also believe it means that the person must admit wrongdoing, trust is restored, there must be reconciliation, or the offender is released from the consequences of their actions. That all can be a part of forgiveness but doesn’t have to be. Forgiveness is simply giving up your right to condemn and handing that over to God to judge and administer justice. And that may look different than what you want. Forgiveness is letting go of ill will and making peace. Second, it isn’t tangible. How do you know you have forgiven someone? There is a mystery in how it actually works. In my opinion, it is something that needs a divine working.

2. They have to let go of bitterness.

Holding on to anger and bitterness somehow feels like justice. It’s what the people who hurt us deserve, our wrath. Somehow we convince ourselves that our bitterness keeps them on the hook. Bitterness is hard to let go of because it is a security blanket that provides false comfort and a distraction from our hurt. Forgiveness means letting go of bitterness and leaving our wounds exposed to finally be dealt with. It’s painful, but unless our wounds are confronted we will never experience healing and freedom.

Bitterness is hard to let go of because it is a security blanket that provides false comfort and a distraction from our hurt.

3. They have to give it to someone undeserving of it.

We want people to get what they deserve, especially when they hurt us. The problem is no one deserves forgiveness. They deserve to get what they gave. Forgiveness means they are released from the vengeance we want to administer. Again, we are giving up our right to justice.

4. They have to let go of self-righteousness.

We are right and they are wrong. They are the bad guys and we are the heroes. That’s what feels good. It’s easy to place someone who hurts you in the category of an evil person. It makes life much more simple, but it’s not that simple. The person may be wrong, abusive, cruel, manipulative, controlling, a liar, or a bully. However, forgiveness causes us to consider what led them to be that way. What pain and abuses have been perpetuated on them? It doesn’t excuse their behavior, but it does give some insight. Forgiveness also challenges us to think about the pain we have inflicted on others and our need to receive forgiveness.

Finally, forgiveness is an act that comes from a position of strength, a strength many people don’t have. It requires resilient bravery, love, faith, empathy, openness, and vulnerability. Renowned TED speaker Brene Brown talks about those qualities belonging to whole-hearted people. Many people are too raw and weakened by their wounds to forgive. But taking steps towards forgiveness starts a process of living life from a position of strength rather than weakness.