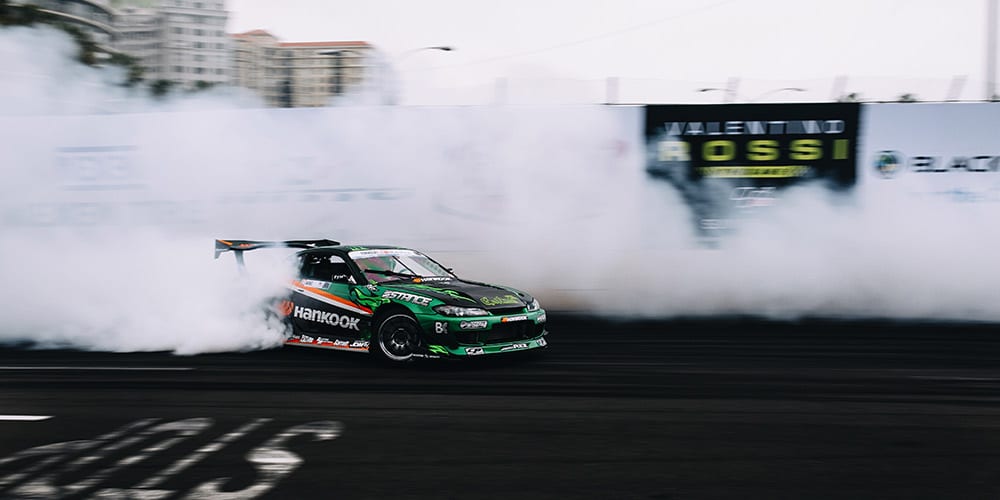 5 Things to Do When You are Feeling Unsettled

Wednesday, August 29, 2012, Dale Earnhardt Jr. was at Kansas Speedway doing a practice run. He had the fastest car on the track that day, which was made even faster because of a new asphalt that had been laid (a racetrack with new asphalt tends to run fast). As he was on his last lap he was hitting his highest speed, topping off at 205 MPH. Just as he headed into his first turn he took his foot off the gas when all of a sudden his right front tire exploded. Dale Jr. lost control of the car and rocketed towards the wall at 190 MPH. He hit the wall with the force of a 40G impact, and the crash was so loud one of the other racers on the track said it sounded like an airplane crashed. Afterwards, he assumed he’d be a little sore, but other than that he thought he’d be fine. However, as time went on Earnhardt felt like there was something wrong. He couldn’t put his finger on it, but he felt like something wasn’t right. It was as if he was in a fog.

It turns out Dale Jr. was suffering from a concussion, one of many he has had in his career. But this one was different and worse than before. He talks about it in his new book called Racing To The Finish and why this was the crash that most likely led to the end of his career. For too long he ignored his concussion problem and kept it a secret. He hoped it would just go away, but it never did. There are times in our lives that are similar. We aren’t dealing with something physically wrong, but something with our lives doesn’t seem right. We feel unsettled and we ignore it, hoping it will go away. Maybe you are a little down and don’t know why. Perhaps you are feeling anxious, but don’t know the reason. Maybe life seems fine, but you are experiencing a nagging discontent. Then there are some of you who feel just flat out lost or stuck. If that describes you, here are 5 things to do.

Take some time to figure out what is going on and why you are feeling this way. Go for walks, get quiet, and reflect. Ask questions and don’t be afraid of the answers and the feeling of vulnerability that may come with it. You need to face the truth, no matter what that means. Until you do the feelings you are having will only get louder and more debilitating. However, uncovering the problem is the first step towards freedom and relief.

It’s not weak to invite people into your problems to give support, share your burdens, and give you advice. The truth is that it’s wise and what a strong leader does. We all have blinders and need another set of eyes to help us see the full picture. Don’t keep loved ones in the dark when it comes to what you are dealing with. They can handle it and most likely already know something is wrong. When you keep it from them it just causes hurt, frustration, and the anxiety of the unknown. One piece of advice I highly recommend is seeking out professional help from a counselor. They are trained and experienced in uncovering trouble spots and finding solutions.

Make sure you are physically active. Naturally, you will have pent-up anxiety and tension, which we are not designed to live with on a daily basis over an extended period. Exercising will help you blow off steam and give your body energy each day. It will also give you a positive mental boost as you accomplish physical goals, however small. So regularly go for a run or take a walk. Do push-ups or sit-ups at the beginning of each day. Set goals and make sure you meet them. It’s important to stay physically and mentally in shape during times of difficulty and survival.

Whether you are a person of faith or not, praying is a good exercise. First, it calls on God for help in your situation. If you believe in God this makes complete sense. After all, it logically follows that the One who created life would know more about how to live it than you do and has the power to do something about it. So it’s good to ask for His wisdom and intervention. However, even if you do not believe in God I would ask, what does it hurt? The worst possible outcome is you are focusing your heart and mind on the issue as you pray. At best, you interact with the creator of the universe, He hears you and answers your prayer. There’s nothing to lose.

5 Reasons Why You Should Read to Your Children

5 Ways to Bond With Children Through Reading