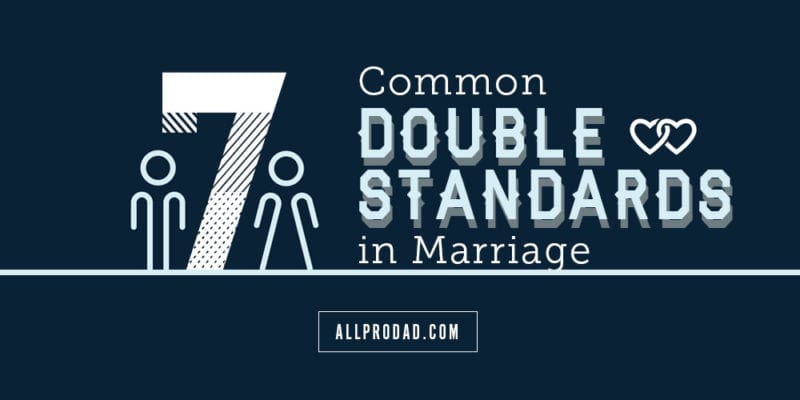 A friend of mine is married to an elementary school teacher. His wife has to get up early and needs her sleep to have enough energy for the kids in her class. Quite often, she will go to bed earlier than my friend who is a night owl. Early in their marriage, on more than one occasion, he stumbled into the bedroom late without considering his volume. He found out quickly how much that agitated his wife. She gave him an earful about his lack of consideration and selfishness; he then complained about her over-sensitivity and harshness.

Many mornings she woke up, turned the lights on, loudly sifted through dresser drawers, and burst through doors in a focused rush to get to work. She operated completely unaware of the disruption she made. My friend would lie in bed angry that his morning sleep was disrupted. Each held the other to a double standard. Each one expected the other to uphold standards that they broke a moment later. Such attitudes can attack the foundation of even the strongest marriages. Here are 7 common double standards in marriage and ways to avoid them.

How to Avoid: A good way to avoid this is by putting your spouse’s needs before your own. When you do that consistently, you can call on your spouse to do the same. Someone has to make the first move though. It might as well be you.

2. Her Parents and His Parents.

One spouse’s parents receive more attention, have concessions made for them, or are always welcome. When the in-laws come around, the attitudes change. Extended family dynamics and a rigidity to change can cause significant marital stress.

How to Avoid: Focus on why your spouse may have a double standard. In what ways are they pressured by their family? Are they intimidated by yours? Discuss it with them. Be sure to explain how and why it hurts you and your family.

One person buys a lot of things for themselves; many are frivolous. Yet, they are critical when the other makes similar purchases. It’s important to come to an agreement regarding financial choices.

How to Avoid: This takes a lot of dialogue, budgeting, and a financial plan. Meet with a financial advisor. Take time together to go over the types of purchases that are appropriate — or not. If there are core issues of distrust and/or resentment regarding money, they need to be dealt with.

4. Her Friends and His Friends.

There can be several double standards here. One goes out with their friends all the time while criticizing any time the other does the same. Another scenario is having disdain for a spouse’s friends while overlooking the imperfections of their own friends. Lastly, one may have strict rules about their spouse having friends of the opposite sex while not applying the same rules to themselves.

How to Avoid: In general, try to treat the other’s friends well. Discuss the subject openly, listen, and show grace. Setting a schedule for equal time may be a good place to start. If either one has a friend or friends who are a bad influence, there may be a need to discontinue those friendships. Understand that this is a hard thing to ask your spouse to do. Be patient and give it time.

This normally breaks down into gender roles. Certain jobs around the house are considered a man’s or woman’s job. If a wife makes dinner, it’s expected. When a husband makes dinner, he is going above and beyond. When a husband takes out the garbage, he is doing what he is supposed to do; when a wife does it, she is picking up the slack. Now if those roles are clearly delegated, it isn’t a double standard. Having those expectations, without an agreement, is where the problem arises.

How to Avoid: Divide the chores so the workload is even. Consider rotating chores if there is disagreement about who does what.

We all hurt one another. However, when one spouse wants the other to quickly let go of a hurt they caused while dragging it out when the roles are reversed, constitutes a double standard.

How to Avoid: Set rules for how you argue and reconcile with one another. Having boundaries and guidelines surrounding conflict can make all the difference.

At the end of the day, everyone is tired. After a long day at work, one spouse tends to come home tired and looking for rest. The other spouse, whether a stay-at-home or working parent, is looking for the same. The double standard comes in when one expects the other to solely handle all of the kid duties.

How to Avoid: Tune in to your spouse. Try to put yourself in their shoes and think how you would feel. If you see yourself consistently as the one on the receiving end of a double standard and your spouse continues to deny it, bring in an objective third party.

Huddle up with your kids and ask, “Have you ever felt like there was someone who held you to a standard they didn’t hold themselves to? How does that feel?” 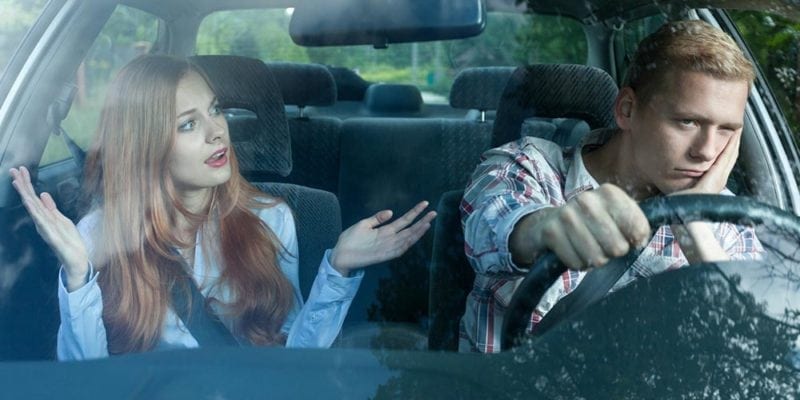 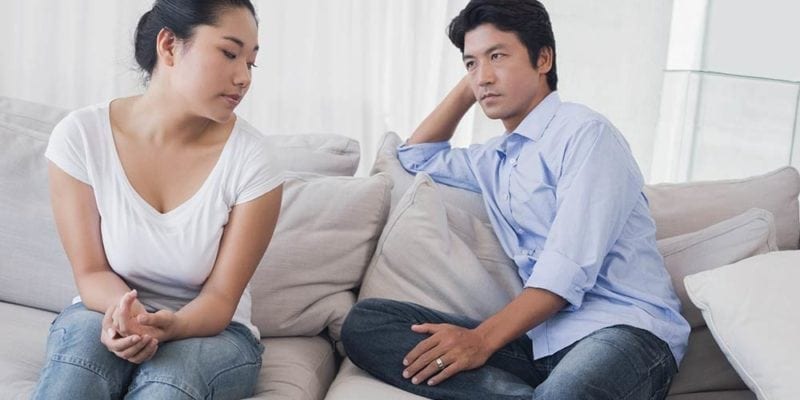 Simple Behaviors that Lead to Divorce