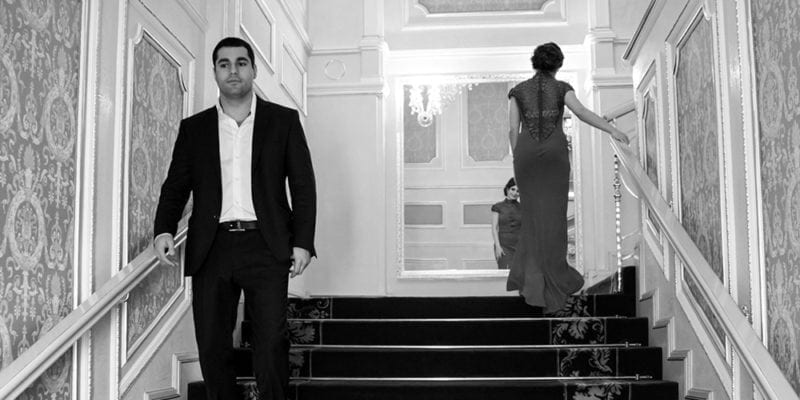 In his new book Kingdom Marriage, Tony Evans talks about a couple who came to him for marriage counseling. The couple came in with a handwritten list of problems that they needed to work out. As he looked through their list he thought to himself, “How are we going to fix all of this?” What he realized, almost instantly, is that the items on the list were a symptom of a deeper problem. He knew that if he only treated the symptoms they would be right back in his office with a new list. So he took their piece of paper and tore it up. Then he explained to them his plan at getting at the core relationship issues.

Many times, in marriage, when things go wrong we look to change our behavior or our circumstances. Most of the time these fixes are just temporary. The real threats lie below the surface, in our attitudes. It’s important to not only recognize these wrong attitudes but then to adjust them as well. With that in mind, here are 7 threats to your marriage.

Sexual desire in itself is not a bad thing. It’s actually a good thing in the right context. When sexual desire becomes self-seeking that’s when it becomes lust. Clearly lusting after a person who is not your spouse is detrimental to the marriage. You begin to create a fantasy world and an object of desire in your head that your spouse can’t compete with. Ultimately, it leads to feelings of dissatisfaction with your spouse. But even lusting after your spouse is detrimental because it is having a sexual desire that is focused solely on your own pleasure. The beauty and purpose of sex within marriage is for connection and intimacy. It becomes dehumanizing and degraded when one person is using the other for simple pleasure.

Selfishness is the opposite of love. If the problems in relationships could be boiled down to one bad attitude, it would probably be selfishness. Selfishness is the opposite of love. Marriage is about giving. Giving is what cultivates a good relationship. Having the ability to not only think about the wants and needs of someone else, but the capacity to see the world from their view is what draws people together. Selfishness drives isolation.

Long lasting relationships take an investment of emotion and energy. After a while, it is easy to put a relationship on cruise control. The result is having a spouse who feels abandoned and unloved. However, laziness in our work and physical health can have a carryover effect on our marriages. When our physical health suffers and our productivity drops so does our energy. We have less energy and passion to invest back into our marriages.

A lasting relationship requires forgiveness and grace. When those are lacking anger and bitterness set in. Those two things when left unchecked will drive a marriage apart. What kind of difference would it make to assume the best in others? To assume your spouse has the best intentions? Perhaps they didn’t mean to hurt you. Maybe they are trying their best, but are struggling. Maybe you unintentionally hurt them and they are reacting out of their pain. We are all in need of grace.

This simply cultivates negative feelings about your life and everything in it. The result of envying someone else’s job, possessions, friends, family, or perhaps even their spouse is that we abandon the people who love us most. At best our focus and energy are being spent on what we don’t have rather than on the people who need us. At worst we deeply hurt the people close to us. When we aren’t grateful for what we have we take it for granted and the people in our lives feel it, especially our spouses.

One of the best (and most difficult) parts of marriage is realizing how much we need to change. Marriage puts a light on all of the areas of our character where we fall short, such as our selfishness. When we take responsibility for those things we grow as a person, and through that, we become more connected with our spouse. Pride stunts that process, causing us to blame others for everything. We end up instead being insecure, defensive, and defiant. These postures create a wall rather than the vulnerability that leads to greater intimacy.

Huddle up with your kids and ask, “Has there been a time when a friend hurt you? What happened?”